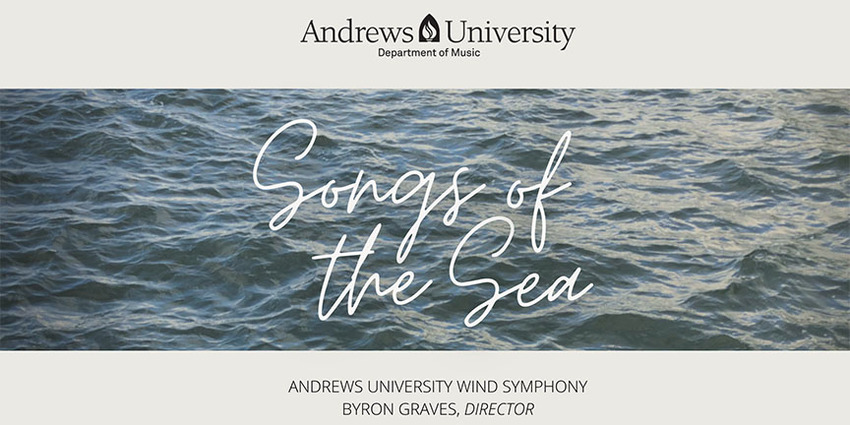 Limited FREE tickets available to Music Majors & Minors, Enjoyment of Music Class, current AU students, and current AU staff.  You can pick up your ticket at the Howard Center office.

The AU Wind Symphony presents its fall concert, "Songs of the Sea" on Saturday, October 24th, at 8:00pm in the Howard Performing Arts Center. Livestreaming of the program will be available at www.facebook.com/AndrewsUniversityMusic. There will also be a limited number of free tickets available to university students, staff, and faculty for live attendance.

The nautical theme of this program stems from several different pieces dealing with various elements of the sea. Victory at Sea was composed by Richard Rodgers (of Rodgers and Hammerstein fame) for a popular TV documentary series in the 1950s. The show documented the operations and battles of the US Navy in World War II, and the musical score has become a classic, in particular the “Guadalcanal March”.

Amparito Roca is a very popular Spanish paso doble march, but ironically it was probably not composed by Jaime Texidor (the composer listed on the score). More than likely it was originally composed by a British soldier by the name of Reginald Ridewood who was stationed at the Gibraltar military outpost on the sea at the tip of Spain.

Ralph Vaughan Williams originally composed his Folk Song Suite with four movements, like an orchestral symphony, but later took out the second movement, Sea Songs, and published it on its own. All four movements are adaptations of English folk tunes, some with names like “Admiral Benbow” and “Portsmouth” indicating their seafaring origins. We will perform all four movements together as they were originally written.

Cajun Folk Songs by Frank Ticheli brings to life two folk tunes of the Cajun culture. Cajuns are descendants of the Acadians, French colonists who sailed to Nova Scotia before being forced out by the British and relocating to southern Louisiana. One of the songs, “La belle et le capitaine” tells the story of young girl who feigns death to avoid being taken by a sea captain.

We hope that you will join us either in person or via livestream as we make music together! 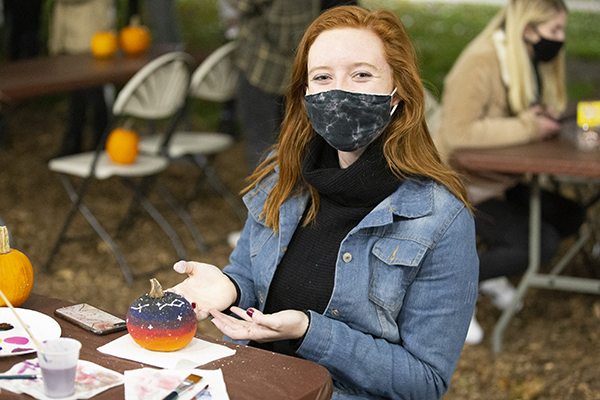