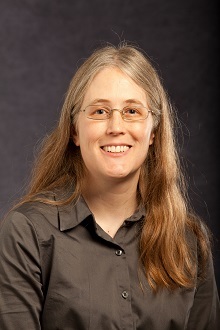 Tiffany Summerscales is a professor of physics at Andrews University. She joined the faculty in 2006.

Originally from New Hampshire, Summerscales attended Andrews University and graduated in 1999 with a BS in mathematics and physics. She then went to graduate school at Penn State University and received a PhD in physics in 2006. While there, she worked with LIGO (the Laser Interferometer Gravitational-wave Observatory) which seeks to measure gravitational waves—the faint ripples in spacetime produced by cataclysmic astronomical events and predicted by Einstein's theory of general relativity. Her thesis dealt with what information could be learned from a supernova if the gravitational waves it produces are detected by LIGO.

Summerscales is currently a member of the LIGO Scientific Collaboration (LSC). She works on projects involving LIGO detector characterization and the problem of extracting gravitational wave information from a network of detectors. She also enjoys teaching physics courses and interacting with students. When not on campus, she likes kayaking and spending time with her husband, Rodney Summerscales.

According to Einstein's theory of general relativity, mass curves spacetime. When the distribution of mass changes, the curvature must also change and that change spreads outwards through space like the ripples on a pond. These ripples, also called gravitational waves, are very faint. Only the most catastrophic events and massive objects in the universe are capable of producing gravitational waves of measurable strength.