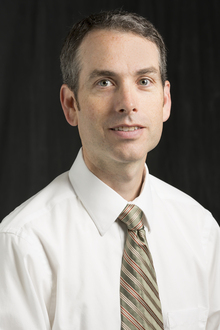 Jeff Boyd brings a diverse background to his work as the Research Support Specialist. In 1998 Jeff completed a BS in Psychology and a BA in Religion from Union College (Lincoln, NE). He later earned an MBA from Andrews University (2004) and an MA in Peace Studies with a concentration in International Development from the Anabaptist Mennonite Biblical Seminary (2012). During his MA studies, Jeff spent a year as an intern and volunteer at the Interfaith Council for Peace and Justice in Ann Arbor, MI.

Jeff is currently the Director of the Adventist Peace Fellowship and host of the APF podcast, Adventist Peace Radio. Jeff worked for Adventist Today for three years, first as the Assistant News Editor and later as the Managing Editor. At the same time he was the Research Coordinator for Tiny Hands International, a Christian nonprofit agency fighting human trafficking in Nepal. While his wife, Charissa, was in graduate school at Andrews University from 2008 to 2010, Jeff worked for the Center for Youth Evangelism as the Director of WeCare Missions and as the Coordinator for Church of Refuge. Prior to that he wrote grant requests and reports for a local chapter of the American Red Cross in northern Colorado. Jeff and Charissa also spent three years teaching English and writing in South Korea.

Jeff has written book reviews, film reviews, and original pieces for both Spectrum and Adventist Today. He published an article in the Journal of Applied Christian Leadership (“The Impact of Failure on Personal and Social Transformation,” Winter 2008/2009) and an interview in the Journal of Adventist Education (“Karen Kostoske—Amistad: Helping Women and Children Around the World,” Summer 2013). He has also written four chapters for three edited books—Church and Society: Missiological Challenges for the Seventh-day Adventist Church (Rudi Maier, ed., Andrews University, 2015), Do Justice: Our Call to Faithful Living (Nathan Brown and Joanna Darby, eds., Signs Publishing, 2014), and Ministering with Millennials (co-written with Ron Whitehead; Roger Dudley, ed., AdventSource, 2009).