In early September 1996, Sonic comic writer and artist Ken Penders broke the news on the Net: the "Endgame" story arc which would run from issues #47-50 would feature, in issue 47, the death of Princess Sally! Many list members reacted with shock and anger to the news. At the offices of Archie Comics, Princess Sally was observed reading the fine print of her contract as Ken prepared to make an artistic statement. 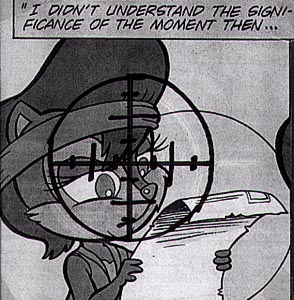 On March 11, 1997, Sonic #47 shipped from the publisher. The story, "Taking The Fall," indeed showed Princess Sally falling to her death. 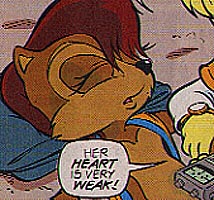 What Sally fans had been buzzing about for months had tragically come to pass. 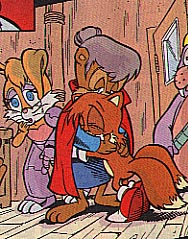 When Sonic #50 came out with "The Big Goodbye" (the fourth and final installment of the Endgame story arc), my cynicism was confirmed: Sally had managed to cheat death thanks to a stupid plot twist.

In the interim, I had established The Princess Sally Memorial Cybershrine. It was a place for Sally's fans to express the grief and loss they felt. I was both surprised and gratified at the response. The depth of their feelings for Sally came through in the poems, lyrics, and thoughts expressed. While I am no longer including fan messages I am leaving the Cybershrine in place as a monument to Sally's popularity.

This way to the Princess Sally Memorial Cybershrine.

And what's the lesson we can take from all this? In the words of Chumbawamba:

I GET KNOCKED DOWN... 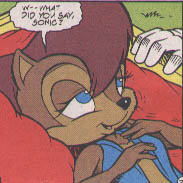 THEY'RE NEVER GONNA KEEP ME DOWN! 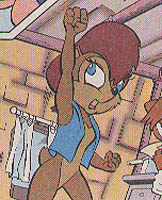