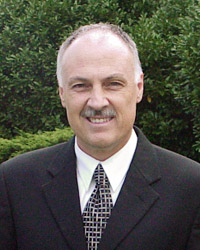 Mike has been in the pastoral ministry for more than 30 years. Twelve of those years were in the Michigan Conference, including four years as the youth pastor at Pioneer Memorial Church. He then served as the youth director in Kentucky-Tennessee for seven years. For the last twelve years he has been on the staff of the Madison Tennessee Seventh-day Adventist Church.

He served first as the youth pastor for ten years, and then, in 2006, he transitioned to an associate role with emphasis in small group ministry, young adult ministry, worship leading and visitation. He has been married to Gail for 33 years and they have three grown children, Amy, Stephen and  DJ, who is married to Windi. Their two daughters, Allie and Riley, have made Mike a grandpa!

Nothing is more important to Mike than the people that God has placed in his life, both family and friends, and leading them to a relationship with Him that is real and personal. During his ministry to the youth of Pioneer Memorial Church Pastor McKenzie developed very close ties with the members of the Class of 1989. They are especially pleased for him to give the devotional meditation for their 20th reunion.