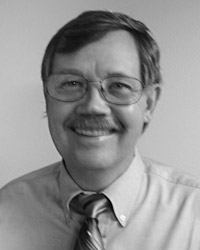 Gary Marais, MD, FACC, is a practicing cardiologist in the Inland Empire of Southern California. He lives in Yucaipa, Calif., with his wife, Janine, and their three children. He is a clinical professor and is associated with the Beaver Clinic in Redlands, Calif. Marais is known for his personal regard for his patients and the concern he expresses for both their hearts and souls. His optimistic, enthusiastic worldview and his insightful concept of God’s plan for His children are especially noteworthy.

Marais is an avid jogger and gardener. He also enjoys (unfortunately, he says) politics. While not a graduate of Andrews Academy, he is considered an alumnus due to his ties to the Class of 1967. He has maintained friendships with members of that class since their days as students at Ruth Murdoch Elementary School (AULS). Thus, Andrews Academy is proud to claim him as one of its own.