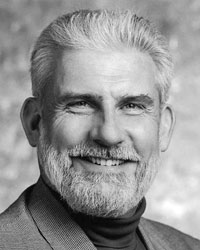 Patrick Morrison is Associate Pastor for Pastoral Care at Spencerville Church. The title "Pastor Mo" followed Patrick from his various pastoral assignments on three different campuses over the past nearly thirty-five years. Patrick’s assignment just before joining the Spencerville staff was as pastor of the 1100 member College Church at Atlantic Union College Church in New England. He has been married to Jane DeNeen Morrison since 1970. Among Pat’s greatest joys in ministry has been teaming with Jane in the Beginner’s classroom—on her turf.

Patrick graduated from Union College and Andrews University in preparation for ministry. They lived 4 ½ years in North Dakota in three different assignments, the last two years at Sheyenne River Academy—which began their 34 years of campus life. They transferred to Andrews University where Patrick taught academy religion at Andrews Academy for nine years and served as chaplain at the University for another twelve.

Pat and Jane are proud of their two sons, Seth and Zachary who both attended the schools at Andrews for their entire education right on through to college graduation—Seth as an architect, and Zachary a business graduate in the hospitality industry. Seth and his wife Shelly are the proud parents of Luke Patrick and Evie Jane.