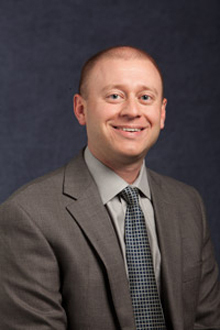 John C. Peckham is professor of Theology and Christian Philosophy at the Seventh-day Adventist Theological Seminary of Andrews University in Berrien Springs, MI. Peckham joined the Seminary faculty in 2013 and received the Daniel A. Augsburger Excellence in Teaching Award in 2016. Previously, Peckham pastored in the Indiana Conference and thereafter taught for a number of years at Southwestern Adventist University in Keene, TX, where he received the Educator of the Year Award in 2012.

Peckham has written a number of books, most recently Theodicy of Love: Cosmic Conflict and the Problem of Evil (Baker Academic, 2018). Other books Peckham has written include: Canonical Theology: The Biblical Canon, Sola Scriptura, and Theological Method (Eerdmans, 2016), The Love of God: A Canonical Model (IVP Academic, 2015, IVP Readers' Choice Award Winner), and The Concept of Divine Love in the Context of the God-World Relationship (Peter Lang, 2014). John has also written a number of articles, published in Trinity Journal, Philosophia Christi, Perspectives in Religious Studies, Themelios, Andrews University Seminary Studies, and others.

John is married to Brenda, a Registered Nurse and they have one son, Joel, their pride and joy.