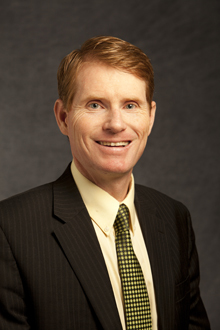 Nicholas Miller received his B.A. in theology from Pacific Union College and a J.D. from Columbia University Law School, where he was a Stone Scholar and an editor of the Columbia Law Review.  He also has a Ph.D. in American Religious and Legal History from the University of Notre Dame, where he received the award for the best dissertation of the year for 2010 from the History Department.  Dr. Miller has argued many church/state cases in state and federal courts, has appeared before the U.S. Supreme Court in the case of Mitchell v. Helms, and is the author of more than thirty scholarly and professional journal articles and book chapters dealing with issues of church, state, and society.  His book on the development of religious freedom in America, The Religious Roots of the First Amendment was published by Oxford University Press in the summer of 2012, and he edited the Andrews University Press book on Homosexuality, Marriage, and the Church (2012).