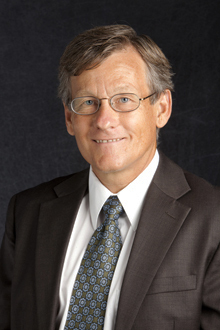 Roy E. Gane, originally from Australia, is Professor of Hebrew Bible and Ancient Near Eastern Languages at the Seventh-day Adventist Theological Seminary at Andrews University (Berrien Springs, Michigan). He earned his M.A. and Ph.D. degrees in biblical Hebrew language and literature at the University of California, Berkeley. He has been at Andrews University since 1994 after teaching in the Religion Department of Pacific Union College from 1992 to 1994. He served as President of the Adventist Theological Society 2009-10. He has given presentations on six continents at events such as scholarly conferences, camp meetings, pastors’ meetings, and Bible conferences. Gane has published numerous journal articles and book chapters on the Bible, Adult Sabbath School Bible Study Guides on Judges and Isaiah, and he was the primary translator for the Leviticus portion of the Common English Bible. He has published several books: God’s Faulty Heroes; Altar Call; Leviticus, Numbers (NIV Application Commentary); Ritual Dynamic Structure; Cult and Character: Purification Offerings, Day of Atonement, and Theodicy; Who’s Afraid of the Judgment? The Good News About Christ’s Work in the Heavenly Sanctuary; In the Shadow of the Shekinah: God’s Journey with Us; Old Testament Law for Christians: Original Context and Enduring Application; Understanding Daniel 11:2-12:3 in Seven Steps; The Sanctuary and Salvation: The Practical Significance of Christ’s Sacrifice and Priesthood (new edition of Altar Call); and The Book of Isaiah: Thoughts as High as Heaven. He also co-edited Current Issues in Priestly and Related Literature: The Legacy of Jacob Milgrom and Beyond.