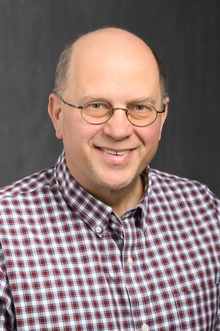 Starting at Andrews University’s Department of Engineering & Computer Science in fall 2016, Dr. Jay Johnson, the new professor of engineering, comes to us from Princeton University, Princeton Plasma Physics Laboratory. There, Johnson developed a kinetic fluid model to describe kinetic effects on wave generation, propagation, and dissipation in the magnetosphere and applied the kinetic fluid model and 3D hybrid simulations to examine linear and nonlinear mode conversion and transport processes associated with kinetic Alfven waves at the magnetopause and compared with observation. Another project includes leading the space physics group at PPPL since 2005, growing the group from one person (in 2005) to four through a successful flow of external funding. Along with that, he strategically built the PPPL space physics group to include a full suite of modeling expertise in multi fluid, kinetic-MHD, gyrokinetic, full particle PIC, and finite element wave codes.

He also led joint projects with fusion researchers to develop a finite element full wave code that describes waves in space and fusion plasmas and a gyro kinetic model for space applications; as well as advised students and postdocs and taught graduate student and summer intern courses, among much more research. Prior to Princeton, he served as a research associate at Massachusetts Institute of Technology and Geophysical Institute at the University of Alaska.