Physics is the scientific study of matter and energy and how they interact with each other.

In a broader sense, physics can be seen as the most fundamental of the natural sciences. Chemistry, for example, can be viewed as a complex application of physics, as it focuses on the interaction of energy and matter in chemical systems. We also know that biology is, at its heart, an application of chemical properties in living things, which means that it is also, ultimately, ruled by the physical laws.

Why Physics at Andrews?

What you need to know. 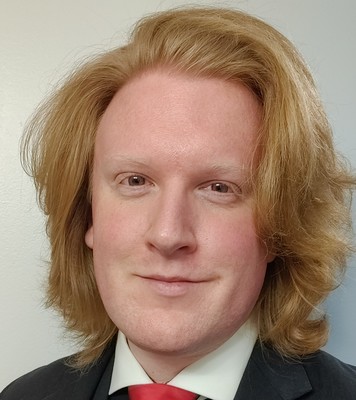 A Journey in Fundamental Physics

Joshua L. Barrow is the speaker for this week's eigen* colloquium series, held on Friday, March 4, at... read more >

A Journey in Fundamental Physics

A Journey in Fundamental Physics: The Path Toward Baryon Number Violation
A collection of interconnected, ongoing experimental and simulation developments across particle and nuclear physics will be discussed as a means toward finally measuring baryon number violation, the last remaining Sakharov condition. From Monte Carlo generator development and background calculations to cross section measurements and automatic detector triggers, this talk will explore how distributed investigations across computational, beyond standard model, neutrino, and charged lepton physics are coming together toward this ultimate goal.

Bio
Josh graduated from Southern Adventist University (SAU) in 2015 with BS degrees in physics and mathematics along with minors in chemistry and biology. While at SAU, he was the last to study quantum and computational chemistry under the late Professor Emeritus Ray “Doc” Hefferlin. He received his masters and PhD in elementary particle physics at the University of Tennessee under Professor Yuri Kamyshkov, spending time at Fermi National Accelerator Laboratory and Oak Ridge National Laboratory focusing on neutron and neutrino physics and their applications to beyond standard model searches of baryon number violation via neutron-antineutron transformations. After graduating in May 2021, he joined the Massachusetts Institute of Technology and Tel Aviv University as a Zuckerman Postdoctoral Scholar under Professors Or Hen and Adi Ashkenazi to study neutrino, electron, and muon interactions on nuclei and how these might inform simulation and reconstructed efforts key to the upcoming long-baseline neutrino oscillation program. 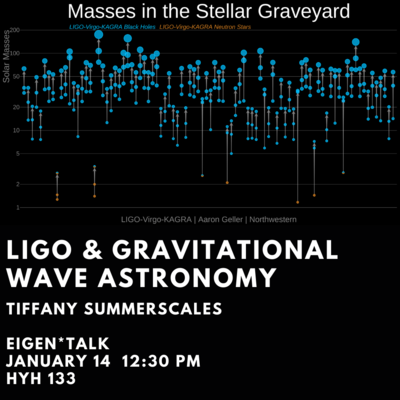 Learn what is new with LIGO and the field of gravitational wave astronomy.

Learn what is new with LIGO and the field of gravitational wave astronomy. 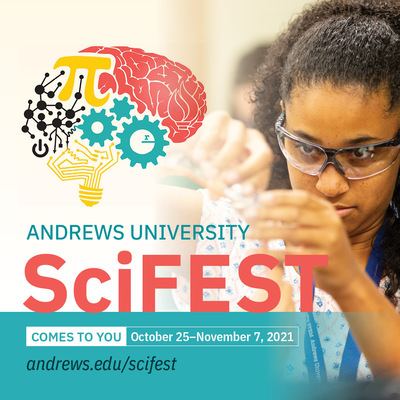 High school students are invited to join us for this interactive STEM experience. Design, solve problems, connect with... read more >

High school students are invited to join us for this interactive STEM experience. Design, solve problems, connect with others, and challenge your students by providing them the opportunity to participate in lab activities with teammates. SciFEST 2021 will be online, remote and recommended for Junior and Senior high school students, although any high school student is welcome to attend.

Read more news related to the Department of Physics...