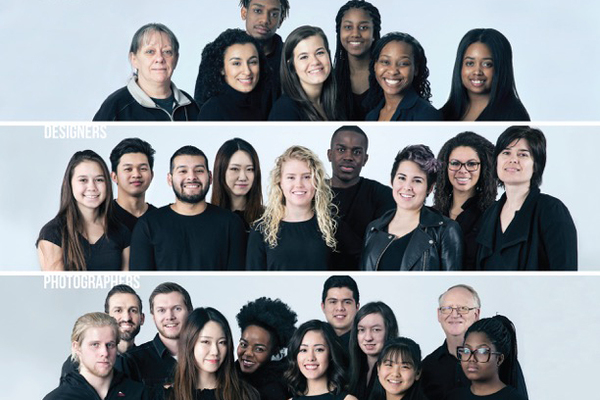 Envision Magazine, a student-led product of the Department of Visual Art, Communication & Design since 2010, received eight awards this October. These awards were given at the Society of Adventist Communicators (SAC) conference, which took place Oct. 12–15 in Denver, Colorado, and by the Associated Collegiate Press.

SAC, which is sponsored by the North American Division of Seventh-day Adventists, occurs annually and invites "university students, volunteers and communication professionals to network, learn and experience spiritual renewal."

Mark Bond, creative director and co-founder of BONDesign and a SAC awards judge, commented on which aspects of Envision stood out to him.

“Overall, they had great writing and editing, great design and great photography,” he said. “It all came together in a package the entire team can be proud of. Other Adventist universities should aspire to reach the high bar this team has set.”

Bond also mentioned that the magazine had a fresh, clean look, a unifying consistent flow and “plenty of visual beauty to keep the pages turning.”

The Associated Collegiate Press granted Envision the Pacemaker Award. This award is based on the submission's coverage and content, quality of writing and reporting, leadership, design, photography and graphics.

Debbie Michel, former faculty sponsor and current professional sponsor of Envision Magazine, was thrilled by the ACP's affirmation of Envision as an outstanding product of Andrews University.

"I'm particularly pleased that Christ-centered stories are being shared to a larger audience," she commented, "and that students are using their talents to further the Kingdom of God."

Winning the ACP collegiate journalism's preeminent award is a great feather in their caps," says Keith Mattingly, dean of the College of Arts & Sciences. "We are indeed proud of our faculty and students who produce quality at this level." He added a word of thanks to Diane Myers, assistant professor of graphic design and digital media, and Dave Sherwin, assistant professor of photography, for their leadership, as well as to Michel for starting the ball rolling and continuing to influence the magazine. Michel has accepted a communication position with the Lake Union Conference of Seventh-day Adventists.

"There was some tough competition in there from big schools," Myers remarked. "Even to be nominated for this is a huge compliment. There were 96 entries and they narrowed it down to 22."

Steve Hansen, chair of the Department of Visual Art, Communication & Design, praised Envision for being an excellent opportunity for students. "Diane has done such a wonderful job guiding our students through the design process," he says. "It should come as no surprise that our graduates go on to successful careers, and are sought after by employers."

To read Envision Magazine online, visit their page in the Digital Commons @ Andrews University or check them out on issuu.