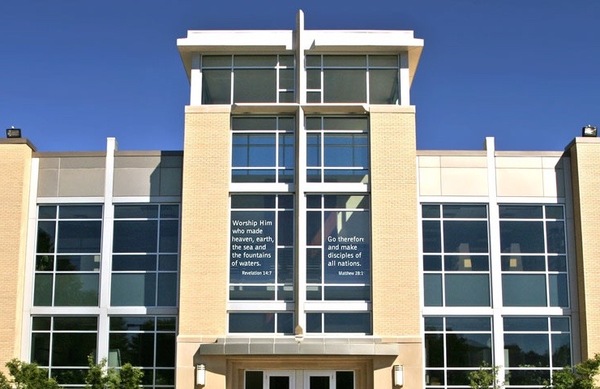 Your source for the latest Seminary news, events and opportunities. 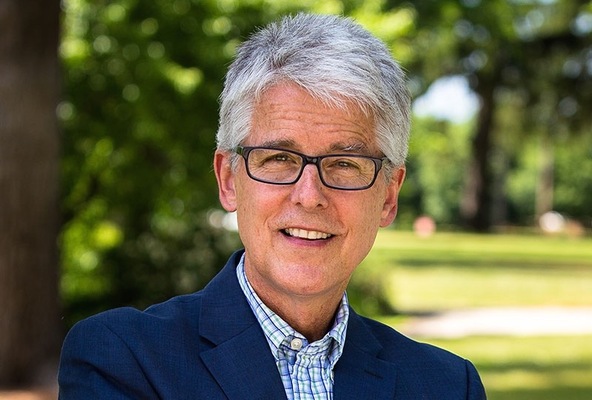 Discover how our exemplary alumni are changing the world. 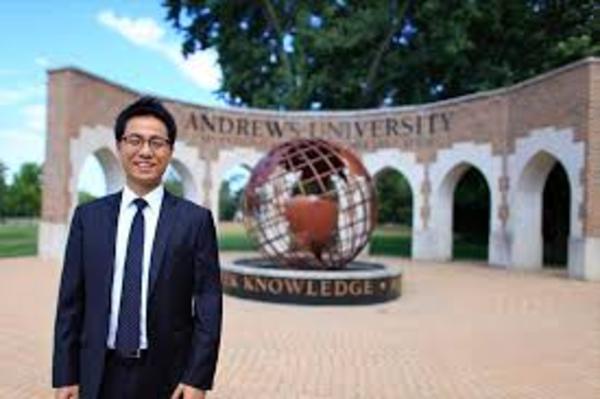 Experience Seminary life through the eyes of our students. 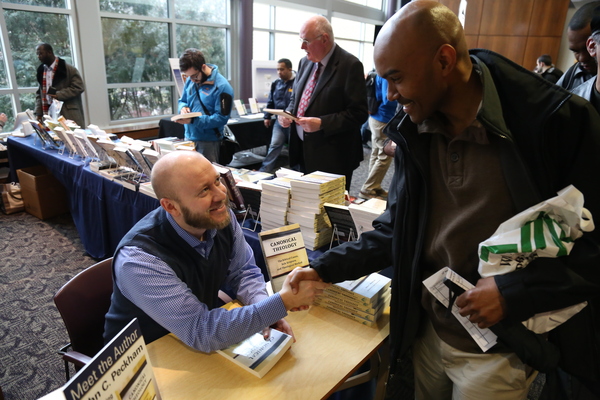 Meet our illustrious faculty and discover why they love the Seminary. 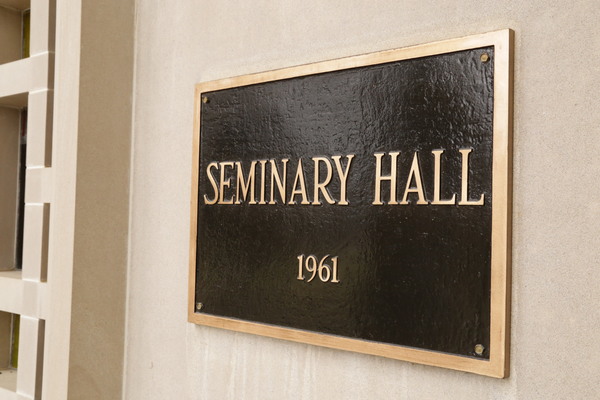 Learn about the new and exciting options for you to prepare for ministry. 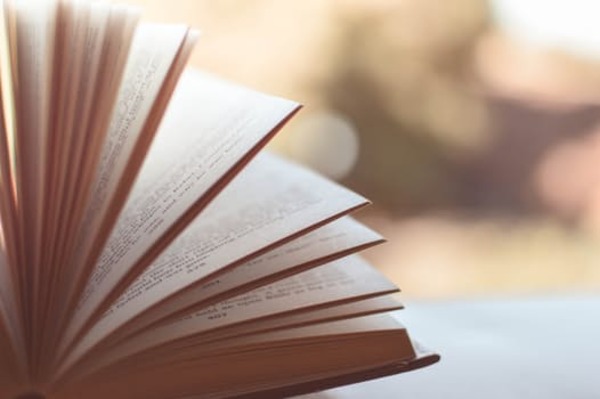 Explore our faculty's recent publications and other resources to energize your ministry. 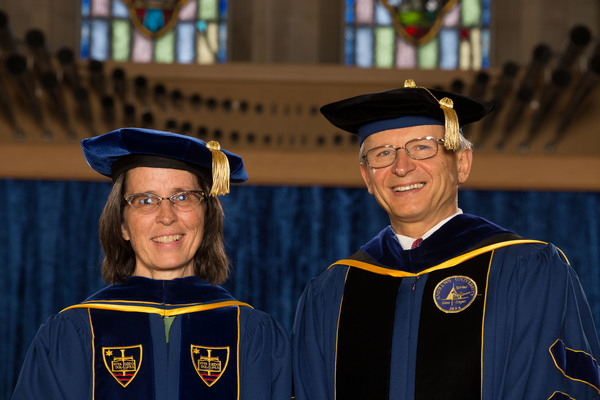 Greetings Friends! We are pleased to introduce to you our theme for this newsletter: Celebrating Diversity with Intentional... read more >

Greetings Friends! We are pleased to introduce to you our theme for this newsletter: Celebrating Diversity with Intentional Inclusion. This fall at Seminary Convocation for the 2019-20 school year, it was exciting to watch students from each of the inhabited continents, and from Oceania, stand and be welcomed. We take seriously the privilege and responsibility of leadership in preparing individuals from every corner of the earth for excellence in service to God, to the church, and to our world. Even as we rejoice in our diversity, we also recognize that achieving a diversity of numbers is not enough. True diversity is about more than a headcount. The practice of mature Christian diversity means that men and women of every ethnicity, nationality, and background feel valued for who they are and have an equal voice in the community. It means that no one dominates conversation and decision-making, that all feel adequately represented in leadership, and that the gifts, concerns, and challenges that each brings to the table are recognized and treated with respect, solidarity, and empathy. It also means that injustices are recognized and addressed and that a continual growth in understanding is sought.

The importance of educating ourselves to value diversity and inclusion has been underlined in North America recently by, for example, the slurs against the Chinese in relation to Coronavirus 2019, attacks on Muslims and their mosques, inaccurate assumptions about immigrants, and in the ongoing historical stereotyping and prejudices enacted against African-Americans. Valuing of diversity is especially important for us as Seventh-day Adventists because we honor the Sabbath, in which God calls His people to celebrate deliverance from oppression and enact fair and equal treatment in our spheres of influence (Exod. 20:10; Deut. 5:15). We teach and preach the Three Angels’ Message of soon-coming judgment, a judgment which, according to Scripture, includes consideration of how we treat the other (e.g. Exod. 22:21-27; Isa. 1:13-19; Matt. 25:31-46; Luke 10: 25-37). And we look forward to soon joining together with all of God’s diverse people in unity (Rev. 21:1-4).

Here at the seminary we have been praying, dreaming, and acting in recent years to move beyond numbers and rhetoric about diversity. We acknowledge and grieve the injustices and negligence committed in the past and recognize that even now we move forward imperfectly and sometimes stumblingly. However, we are committed to learning from our mistakes and acting as wisely and decisively as possible with the help of our seminary and church community. This newsletter shares with you a few of our recent initiatives. 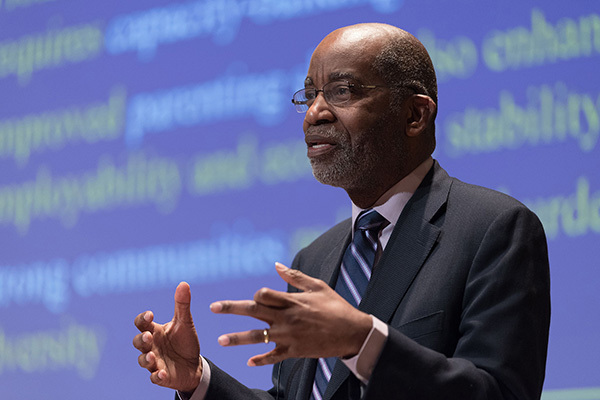 I didn't know what to expect of the Spring 2019 colloquium on Intercultural Understanding. I only knew that... read more >

I didn't know what to expect of the Spring 2019 colloquium on Intercultural Understanding. I only knew that I have an interest in the topic and thus I hoped that my interest would keep me awake throughout what is often a listening marathon. I'm so glad I went. Dr. David R. Williams came to the Andrews University Seminary and conducted what was, in my opinion, a masterful transfer of information on race and why it matters for us as Seventh-day Adventists.

A scholar by every measure, Dr. Williams, of Harvard University, has advised the U.S. government in his fields of expertise: Public Health and Sociology. He has done definitive work on Race and Health over his illustrious career. In fact, he was just named to the National Academy of Sciences for his work in this area. Armed with over 200 slides filled with statistics and insights, his presentation evidenced that there are few people more qualified to conduct this discussion.  And it showed.  In my pew, my seatmates and I whispered back and forth, nodded in agreement when the statistics matched with our experience and expressed our shock and sadness when warranted.  In fact, the room fairly buzzed with energy as students and faculty alike wrestled with the material and many lined up during breaks and at the end to further pick his brain.

To this moment, months later, three particular bits of information still simmer in my mind.  One, Black persons in America with a college degree have a lower life expectancy than white persons with only a high school degree.  Two, Black persons who emigrate from the Caribbean or from African countries are generally healthier than African Americans. However, the longer they live here in the United States, the more their health measureables begin to merge and match the dangerous statistics of their ethnically American counterparts. And three, for every dollar of wealth that a white family in the United States possesses, a black family can only claim 6 cents. This is a statistic that I found particularly bleak after learning that in South Africa, a country where apartheid was the law of the land as recently as some 30 years ago, the ratio is one rand to twenty cents.

The first of these statistics speaks to some of the misconceptions about race that still dominate the national narrative.  Many still tout education and effort on the part of black people as the solution to all disparities, but the comparative life expectancies show that socioeconomic status and education alone cannot undo the effects of racism and race-based infrastructure.  The second statistic reinforced to me that the condition of black persons in the United States wields a toxicity that is both peculiar and contagious.  Yes, persons of African descent tend to face a pattern of troublesome health patterns worldwide, but black persons who originate outside of the U.S. are somehow losing ground when immigrating to the richest country in the world.  And finally, the comparison of wealth gaps in the United States versus that of South Africa reminds me that we have a long way to go, and that we must walk it with consistency and with intention.

As an Afro-Caribbean who has spent over twenty years living in the United States, I am still learning about a lot of the racial undercurrents that haunt us. Some of it via first-hand experience, some through intentional listening. I have found myself on the wrong end of prejudices and to my disappointment, I have also wielded a few. Based on some of the comments that I have heard, and questions asked, it is fair to say that the vast majority of us could certainly use more education in these areas.  We would do well to make more use of a resource like Dr. Williams and cultivate intentional efforts to understanding this force in our society and our church.

We must not be content to discuss race matters only in relation to the outside world.  The SDA Church has not been immune to struggling with the racial dynamics of its founding culture. This fact is underlined by our continued adherence to a race-based separation in our conference-level leadership here in our flagship division.  Unfortunately, our history shows that sometimes race matters have too often outweighed our Christian mandate, and we bear the scars and fissures to prove it. Retreating into trite sayings like, “Let’s just focus on the gospel” or claiming that “race doesn’t matter” will only hurt us in the long run. You see, race touches the lives of just about everyone with whom we are trying to connect as pastors, elders, and leaders of the Seventh-day Adventist church.  If we are to evangelize and share the word of God, we do not have the luxury of ignoring it. We must be willing to meet people where they are and engage on this issue. If we overlook those very real problems, we injure our capacity for discipleship.

Oddly, it is in the face of this reality that I realized that in the end, I did not just leave that colloquium more educated, I left invigorated to be a part of the solution. I also left with a glimmer of hope. Not just because Dr. Williams presented a few solutions on facing implicit bias, but because there must always be hope.  Hope that we will tire of man-made boundaries that dilute the gospel and embrace the special challenge of our diversity. Hope because the people who asked uncomfortable questions bothered to attend.  And ultimately, hope in our God, because there is no way that He is going to let this go on much longer.  And the Jesus that I know desires to work through our willingness and desire to change when we seek Him in prayer and supplication. He will bring about the restoration of unity that He destined our church to embody if only we ask. 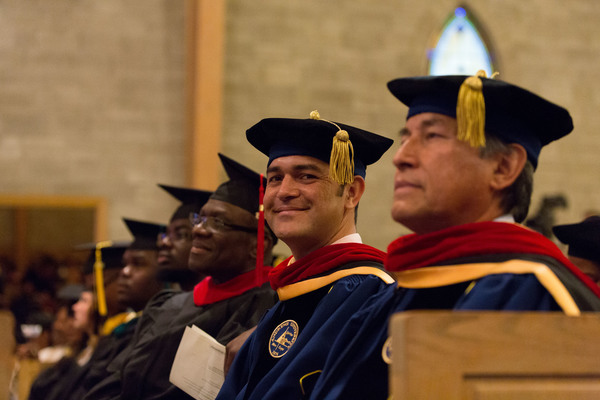 With this issue of The Seminary Witness, the Seminary is excited to announce its new PhD Diversity Scholarship... read more >

With this issue of The Seminary Witness, the Seminary is excited to announce its new PhD Diversity Scholarship Initiative. Ethnic/Racial diversity is a wonderful hallmark of our national and worldwide Seventh-day Adventist church and of our Seminary student body. Yet our Seminary and many other Adventist universities and seminaries often struggle to find the needed PhD-level faculty who reflect this diversity. The PhD Diversity Scholarship Initiative seeks to provide financial scholarships to gifted young theological students from under-represented groups, who will provide the church with a greater diversity of PhD-trained scholar-teachers in the biblical, theological, and historical disciplines where such a breadth of background and experience is still lacking.

Diversity is God’s idea, rooted in creation and climaxing biblically in Revelation 7:9, 10 where people of all nations and tribes stand before God’s throne, praising Him. A diversity of scholar-teachers in theological education is critical for fulfilling the church’s mission to “make disciples of all the nations.” It is not optional. Diversity in theological leadership allows us to explore and speak the message of Scripture in ways non-European cultures can understand. It helps us to look at Scripture from fresh perspectives, often from cultures closer to the ancient biblical cultures. It supports and inspires students of other backgrounds and models for them excellence in thinking and scholarship.

Jiri Moskala, Seminary dean, notes, “The PhD Diversity Scholarship will enable emerging scholars and students of the Bible to grow in their knowledge of Christ and strife for excellence. It will enhance education among those who had no such opportunities in the past and will broaden their theological horizon and appreciation for their history, heritage, and culture, and put them into larger context. We are eager to begin offering such scholarships as soon as they are available.”

This Diversity Scholarship Initiative will depend heavily upon the support of donors who believe in the excellence of faithful Adventist theology and are committed to ensuring the breadth of theological scholarship and leadership necessary to pursue our mission with excellence.The North American Division Regional Caucus, in partnership with Oakwood University, have recognized this need and are working together to support two African-American students at a time for the PhD at the Andrews University Seminary. More scholarship opportunities are needed to assist other competent and dedicated young men and women from these and other ethnic/racial groups for leadership in Adventist theological education.