Like many universities nationwide this fall, Andrews University continues to see a decrease in its enrollment, with 3,418 undergraduate, graduate and post-doctoral students enrolled on our main campus. This represents an overall decrease of 98 students since fall 2013, leading to 4.88 percent fewer credit hours enrolled than last year. This number includes 100 fewer undergraduates and two more graduate students than fall 2013. Overall undergraduate enrollment is 1,805 students, with 1,613 enrolled in graduate programs.

“As we’ve studied, in particular, these fall 2014 undergraduate enrollment trends, we find that our enrollment reflects overall trends in national demographics and Seventh-day Adventist data within North America that predict declining undergraduate enrollments in many colleges and universities," says Randy Graves, vice president for Enrollment Management. "As a result, in the months to come, we’ll need to explore additional ideas and initiatives that help make even more clear the high value of an education at Andrews University, while working to continue to keep costs as proportional as possible to the financial abilities of students and their families. These initiatives and others will need to be implemented in a way that helps stabilize, if not grow, Andrews University enrollment in challenging times."

Elsewhere on the Berrien Springs campus, the graduate programs enrolled 313 new graduate students this fall, for a second year of significant increases in overall graduate enrollment.

“We are proud of our graduate students, both on our campus and around the world. In our School of Graduate Studies & Research, we ultimately believe that the education that Andrews University offers can aspire to generate a change in the individual and therefore a change in the family, the society and the world,” says Christon Arthur, dean.

Even with this year’s decrease taken into account, over the past decade enrollment in the University’s Berrien Springs campus programs has increased by more than 500 students, or 17 percent.
Four years ago, Andrews University assumed ownership of Griggs University & Griggs International Academy, previously operated by the General Conference of Seventh-day Adventists.

The School of Distance Education oversees the operations of these Griggs programs, and also coordinates affiliate and extension education sites for the University throughout the United States and around the world. Altogether, approximately 2,800 students pursue Andrews University degrees at affiliate or extension sites worldwide.

The early part of each academic year is also a time when U.S. News & World Report ranks Andrews University, as well as more than 1,600 other schools throughout the U.S.

Within that ranking report, U.S. News includes 280 institutions formally ranked as national universities (the report ranks a total of 1,596 universities and colleges).

In the 2015 rankings, Andrews is listed at #168 in the national university rankings (National University status reflects the Carnegie classification of various universities and colleges; in this case, it means that these universities offer “a full range of undergraduate majors, plus master’s and doctoral programs and also emphasize faculty research). This year’s ranking is an improvement of 13 places over the 2014 ranking.

Andrews is the only Seventh-day Adventist institution included in this classification and U.S. News list. Also, Andrews is one of fewer than 100 private universities ranked in this category.

Andrews University made a few other U.S. News & World Report distinctive ranking lists. With a diversity index of .74 (the closer a school’s number is to 1.0, the more diverse it is), the University is tied second nationally in Campus Ethnic Diversity among national universities, a ranking shared with Stanford University, University of Houston and St. John’s University in New York.

With 14 percent of our student body composed of international students, Andrews is tied for 7th (with University of San Francisco and Northeastern University in Boston), an improvement of five places over the 2014 rankings, in Most International Students.

The physical therapy and social work programs at Andrews once again made the top 150 of U.S. News’ “Best Grad Schools 2015” list. Andrews’ graduate programs in counseling psychology, along with the University’s School of Education, were also included in the overall rankings.

In the U.S. News’ “Best Online Programs 2015” ranking, the University’s online MBA and graduate education programs were both listed among the top online programs (ranking #82 and #145 respectively). Additionally, Andrews’ online bachelor’s program received a ranking of #205.

Andrews was also listed within other “best of” lists in U.S. News’ annual rankings for national universities, including “A+ Colleges for B Students,” “Economic Diversity,” “Freshman Retention Rates,” “Highest Level of Need-Based Aid Awarded” (ranking #58 in the nearly 250 national universities listed), and “Most Students Receiving Merit Aid” (ranking in the top 30 of 100 schools ranked), and “Highest 6-Year Graduation Rates.”
In addition, Andrews was listed as having one of the Highest Proportions of Classes with Less than 20 Students, at 67 percent, placing Andrews in the top 30 of national university rankings.

Forbes.com also ranked Andrews University #559 in “America’s Top Colleges,” a compilation of the 650 best educational institutions (out of more than 6,000 nationally) across the United States. Forbes gives an overall rating and also offers smaller subcategory ratings; once again, Andrews University also made the lists “Best Private Colleges,” “Best Research Universities” and “Best in the Midwest.”

Click below for the complete college rankings lists for U.S. News and Forbes. 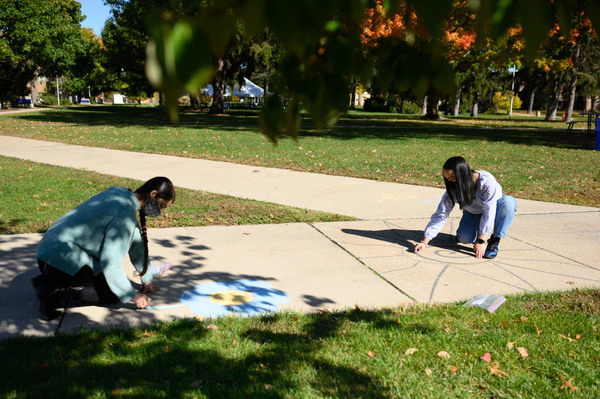