In 2013, Wandile Mthiyane, senior architect major and president of the American Institute of Architecture Students (AIAS) chapter at Andrews University, was accepted into One Young World as a delegate. Two years later, November 2015, Mthiyane attended the One Young World Summit in Bangkok, Thailand, to present a concept that has the potential to improve and benefit the lives of many.

“It’s been an incredible experience being a part of One Young World,” said Mthiyane. “I was surprised and honored to be accepted in the first place.”

One Young World is the largest youth organization with the most invested countries outside of the Olympics, comparable to the United Nations, only for young people. In order to be a part of OYW, you must be accepted as a delegate—someone who has made a positive contribution in his or her home country through social justice, climate change, transparency in business and government or a variety of other accomplishments.

Delegates are joined by influential leaders from around the world who act as counselors during each year’s summit. Previous counselors include people such as Kofi Aanan, Bill Clinton, Fatima Bhutto and Jamie Oliver, who are interested in changing the world through young people. They give keynote presentations, and OYW delegates speak at various breakout sessions.

Within each summit, there is a social venture competition for Resolution Project, where young entrepreneurs provide meaningful solutions to world problems in the form of a social business initiative.

This is where Mthiyane came into play last November. Already a delegate for OYW, Mthiyane had the opportunity to develop and present an idea that could impact the poor communities of South Africa in a positive way. With the help of Ariel Solis, assistant professor of architecture at Andrews, and a group of fellow students, Mthiyane formed the “half-house” project idea.

The “half-house” concept consists of going into shanty towns to design and build houses with the families that live there and equip them with skills to run their houses self-sustained—to help them with budgeting, plumbing, building, designing and landscaping—half-way.

“We would design the half they cannot afford, tailored for that particular family, rather than having a catalog-building situation that doesn’t fit in that culture or environment,” explains Mthiyane. “This encourages people to want to grow economically, so they have the potential to move beyond low-income to middle-class status,” said Mthiyane.

After a five-minute presentation, followed by a ten-minute question and answer session at the Bangkok Summit, Mthiyane’s group’s half-house concept was given a grueling critique by the judges.

“I’m used to being critiqued and judged, since I’m critiqued every day at Andrews being an architecture major. So it wasn’t too bad,” said Mthiyane with a grin.

In the end, Mthiyane was given a fellowship and $3,000 of funding and counseling from business people around the world who will help guide his group as they continue to develop their project. The plan for Mthiyane’s group now is to go to South Africa in person and start building on their project idea.

“It’s been an incredible opportunity to attend a top notch program that would help me think outside the box so that I can go back and contribute to my community in a meaningful way,” he says. “I’m now able to do that through One Young World, and with the skills I’ve developed here at Andrews.” 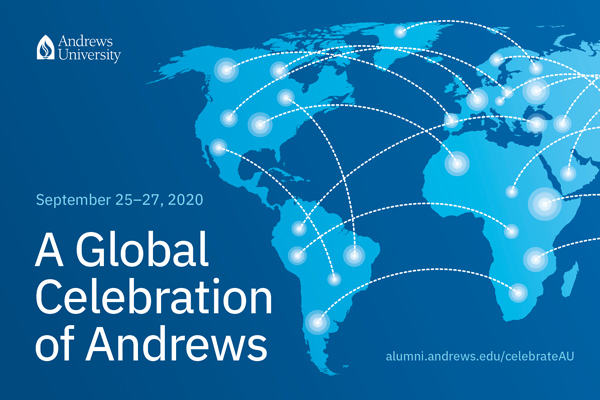