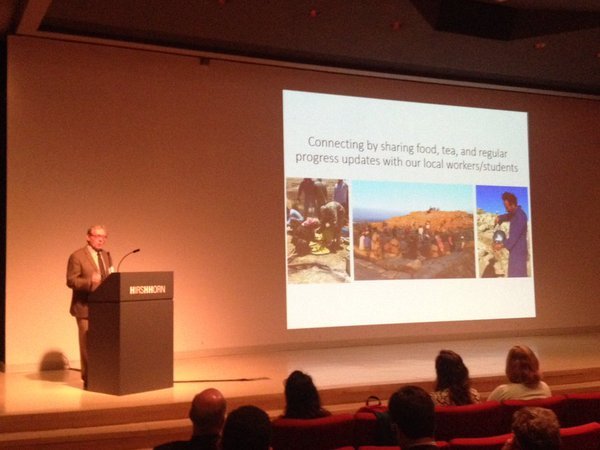 LaBianca was one of only a handful of experts who presented at the Smithsonian in D.C. recently for World Heritage Day.(Photo by @ASOResearch)

Øystein LaBianca, professor of anthropology at Andrews University, recently attended World Heritage Day in Washington, D.C. This event, sponsored by The American Schools of Oriental Research, The Archaeological Institute of America, The Smithsonian Institution and The George Washington University Capitol Archaeological Institute, took place April 18 at the Hirshhorn Museum’s Ring Auditorium, a part of the Smithsonian Institution. The event’s purpose—as its full title says—is to “protect, preserve, and present the cultural heritage of the near east to the public.”

LaBianca was one of several featured speakers, presenting on cultural heritage in Jordan. Specifically, he shared work that had been done to help preserve the archaeological site of Hisban.

“No one has worked longer than our Hisban project in Jordan,” LaBianca stated. “We’ve been instrumental in training other professors in archaeology in Jordan and people working for the government in archaeology.”

Local residents have even become engaged with helping uncover and preserve part of their country’s heritage.

“We have been pioneers at Hisban, 20 years ago working to get local people involved in the protection and care of the site,” LaBianca added. “If you visit today, you’ll find it’s not grown over with weeds, but well-preserved with a well-laid path and signage to explain what you see, and is maintained year-round by local people.”

Ever since he was a senior in college, LaBianca has worked on the Hisban project, creating a career focused on involvement in Jordan.

“I’ve been working in these circles with these colleagues for four decades,” said LaBianca. “They are all good people I’ve known a long time who know about our work. I’m glad to be able to represent Jordan and our work as a university in Jordan. Hisban is hands-down the longest continuous project working in Jordan today.”

Siegfried H. Horn, for whom the University’s archaeological museum is named, initially began the Hisban project in 1968. Over a number of trips Horn set out to discover the connections of the physical site (Hisban) to its biblical counterpart (Heshbon). Not only is the site important from a biblical standpoint, but also from an Islamic one, as the location was part of the Mamluk empire. LaBianca is the only current member of the Hisban project who personally worked with Horn in Hisban.

By studying Hisban, LaBianca says the site can be used “as a window” to see into the larger story of Jordan, especially as it developed over time. He describes the narrative as including “great traditions” and “little traditions”: The great traditions portray the march of empires through that region, while the little traditions tell of how local people survived underneath the legacy of the reigning empires.

LaBianca explained, “It’s not so much about the narrative, but engaging the local community and presenting the past and engaging with the narrative. Jordan is a good story—a positive story of archaeologists working with the local community to preserve and narrate and present the past. Other places like Syria and Iraq have had their history horrendously set back by the conflicts and terror and ideologies that have come to dominate those areas.”

Later this year, LaBianca will be going to Hisban again, from May 15 to June 2. The team will consist of 40 people, 15 of whom will be from Andrews University—10 students and five faculty members. The rest will be from European universities such as the University of Bonn (Germany). In addition to continuing excavation of the site, the team will visit important Jordan locations on weekends; after the dig, part of the team plans on touring Jerusalem.

To learn more about the archaeology program and the Siegfried H. Horn Museum at Andrews, visit andrewsarchaeology.org or call 269-471-3273. Please note that the Museum is currently closed for renovations; it will reopen in Fall 2016. 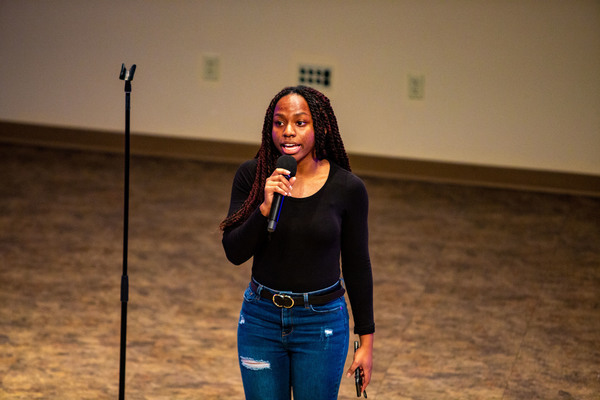