Student-led forum addresses both sides of the issue 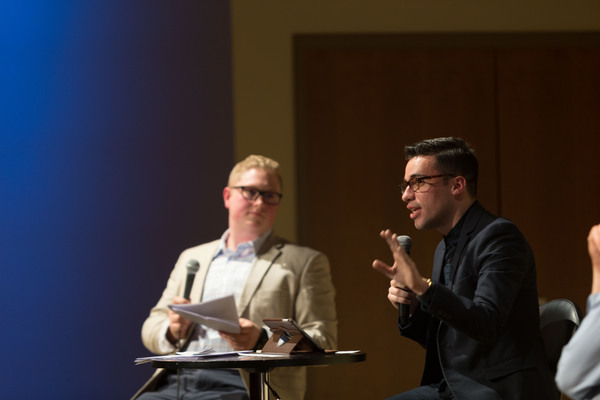 On Saturday, April 8, at 4 p.m., students, faculty, staff and community members poured into Newbold Auditorium for “Agora V: Adventist Perspectives on Immigration and The Wall,” where John Nay, former ambassador to Suriname and current adjunct professor, discussed with Jake Metzner, outgoing president of Adventist Intercollegiate Association, about their opposing views on Trump’s immigration policies and proposed wall along the Mexican border. Gabriel Morales, a student in the Seminary, hosted the event.

Connect Andrews, the graduate student initiative under Campus Ministries, sponsored the event. Additionally, the event was a part of a series entitled “Border Wars: A Summit on Refugees and Immigration,” for which there were two other events on the Thursday and Friday prior as part of the annual Summit on Social Consciousness at Andrews University.

Participants answered questions from four categories: Economy, Opportunity, Security and Biblical Perspectives. Audience members were able to hear how the wall either financially benefitted or hurt the country and how Adventism and safety played into the conversation. Particular time was spent discussing whether immigrants truly posed a security threat to the country.

“I think there has been a lot of extreme rhetoric on both sides,” said Nay, who opposes the wall. “I think it’s important that we listen to each other.”

Metzner, who advocated for building the wall, concurs.

“I’m honored to have been approached about coming and participating in an event like this,” he said. “I’m a huge fan of constructive dialogue; we need to have talks like this. Campus Ministries has done a really great job facilitating these kinds of discussions.”

Attendees wanted to understand how Metzner justified building the wall, as well as understand why Nay felt it was unnecessary.

“I was really curious to hear the rationale for the wall,” says Esther Battle, senior sociology major. “I wanted to gain further understanding from someone whose views differ from my own. I’m glad I attended and I hope Campus Ministries, Connect Andrews and the Agora team continue to encourage these kinds of provocative conversations.”

Morales also fielded several audience questions directed toward the representatives for each side. Ending with the Agora Creed, as is tradition, audience members and participants recited a passage from 1 Corinthians which says in part, “If I speak with the tongues of men and of angels, but have not love, I am a noisy gong or a clanging cymbal.”

The event then ended around 6 p.m., but several crowd members approached the stage afterwards to speak with Nay and Metzner, while other pockets of students gathered amongst themselves for further discussion.

“This is important,” said Lukonde Mwinga, senior business administration major, as he saw various groups discussing afterwards. “It’s important because the Agora provides the ability to talk and ask questions in a space with diverse opinions.”

To learn more about the Agora or to suggest topics and get involved, contact Garrison Hayes at garrisonhayes@gmail.com. 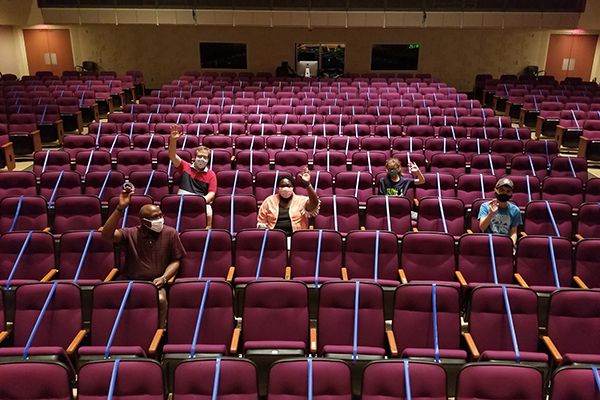