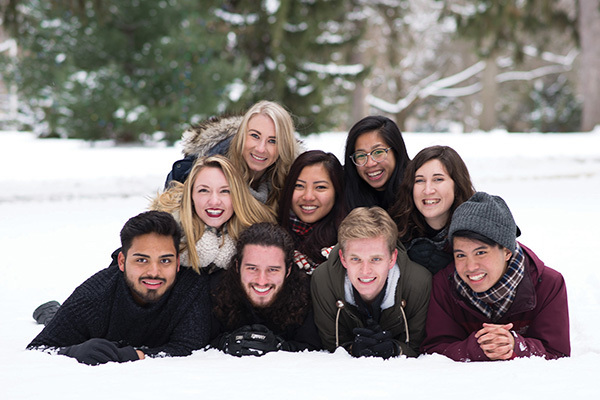 As another school year began with fall semester studies on the Berrien Springs campus, at partner locations around the world, and with individual distance education students, Andrews University took the measure of its progress, success and challenges through a variety of internal and external measures and statistics.

Rankings
In addition to fall semester and year-round accounting of students, the fall season is also a time when a wide array of school rankings is released, ranging from those that measure specific disciplines to the more well-known rankings, such as U.S. News Best Colleges, Wall Street Journal/Time Higher Education College Rankings, College Factual (in collaboration with USA Today) and others.

In the perhaps best-known ranking system, U.S. News Best Colleges, Andrews University moved into the number one position in campus ethnic diversity among national universities (tied with University of Nevada, Las Vegas and Rutgers University-Newark). That ranking has changed dramatically for the University, with Andrews ranking in the Top 20 in this category within the last decade. The University also tied for 10th in number of international students.

“At a time when cultural, global and ethnic diversity are increasingly important for students who are global citizens, this is an especially significant achievement for the University,” says Michael Nixon, vice president for diversity & inclusion.

Among the other recognized players in annual rankings are the following:

Enrollment
The number that is often the most familiar way to measure enrollment is through fall census numbers, which offer a snapshot of students who enroll at (or through) our Berrien Springs campus. For fall 2017, that census showed that there were 3,348 students overall. Those enrollment figures include 1,704 students enrolled as undergraduates and 1,644 graduate students. Overall, full-time equivalents and credit hours are up three percent compared to last year.

For an overall measurement of student enrollment levels, Andrews has begun to calculate its enrollment on an annual basis by measuring its unduplicated headcount.

That most recent assessment of this overall enrollment (June 2016–June 2017) showed there were 4,567 different students who enrolled for undergraduate or graduate programs through the University’s Berrien Springs campus at some point during the year. The University’s current 2017–2022 Strategic Plan calls for an unduplicated headcount of 5,000 students, an increase of more than 400 students.

In other words, during the 2016–2017 school year, there were 7,479 different students overall who studied part- or full-time through the University’s various on- and off-campus educational options.

“Our enrollment patterns reflect an exciting and increasingly rich diversity of where, how and even when students choose to study with Andrews University,” says Andrea Luxton, president. “For example, nearly 200 students—compared to just 30 a few years ago—are beginning their university studies with Andrews University online courses while they are still high school juniors and seniors. In addition to that, international partnerships bring hundreds of students to our campus for one-semester or one-year exchange study programs, or these students choose to study in Andrews courses and programs at nearly 60 different partner programs around the world. These international students are increasingly choosing creative Andrews University study options, even though they may not ever be able to otherwise study with us as full-time students on our Berrien Springs campus.” 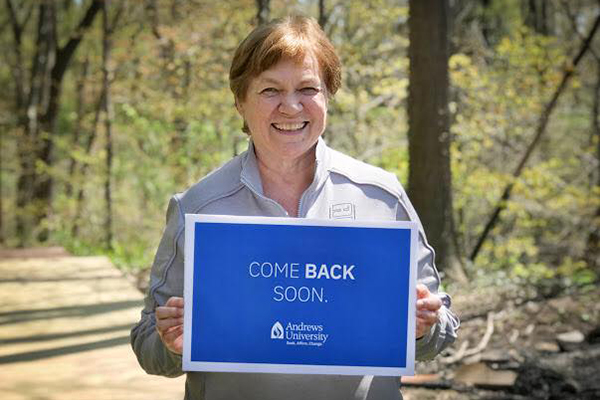