The Farm's Dairy operations will formally close by summer 2019 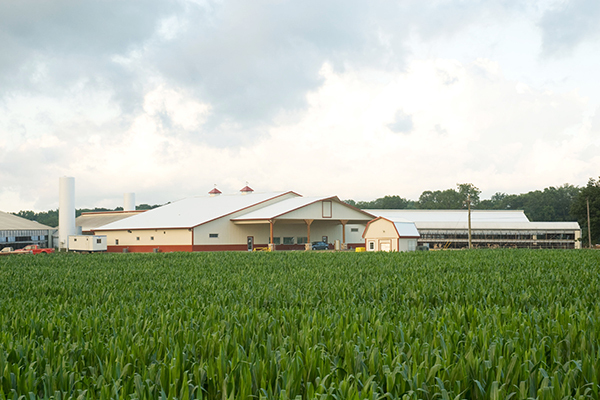 With this decision, the University Farm will expand its focus on the food crops grown on its 750 acres of land. The University’s Farm began operations in 1901, and its Dairy started in 1907.

This decision was made following an extensive study of the Andrews University Dairy operations and the current marketplace for dairy products. That year-long detailed analysis led to the conclusion that it was unlikely there would be any potential turns in the dairy market that would bring the Dairy operations close to a breakeven situation. This follows more than three years of significant operational losses for the Dairy. Those losses, combined with the ongoing volatility of the dairy market, suggested the continued operation of the Dairy by Andrews University was too risky to sustain within the University’s ongoing operational budgets.

“This was a difficult decision to make about a significant part of Andrews University and its history,” says Andrea Luxton, president. “However, our need to be good stewards of the resources we have and to responsibly ensure stable finances for the University has led us to this decision.

“Our state-of-the-art Dairy has attempted to thrive in an environment where there has been an overall and very significant downturn in the dairy industry in recent years. The demand for milk and milk products has fallen nationally, dairy producers have increased their herd sizes, and now large distributors, such as Walmart, plan to create their own mega-dairies. As a result, despite excellent management of our operations and expenses by our Dairy leadership, income from our Dairy has continued to drop considerably. This situation has meant very significant and real losses in our Dairy operations over the last three years, with no evidence that this will turn in a positive direction in the years to come.”

When the school first opened the Dairy in 1907, a small herd of 40 to 50 cows was milked by hand, and horse-powered machinery harvested the feed for the cattle. Over the years, the award-winning Holstein herd at the heart of the Dairy grew to more than 700 cattle. The operations were led by a full- and part-time staff of 15, with around 20 students helping to support the milking operations. With the closure of the Dairy operations in 2019, as many as four of the full-time staff will transfer to positions elsewhere in the University.

The milk produced by the Dairy is marketed by the Michigan Milk Producers Association Cooperative and, among other things, has been used to make ice cream and to help produce the artisan specialty cheeses created at Old Europe Cheese in Benton Harbor, Michigan.