Use God's love to counteract the current climate of religious intolerance 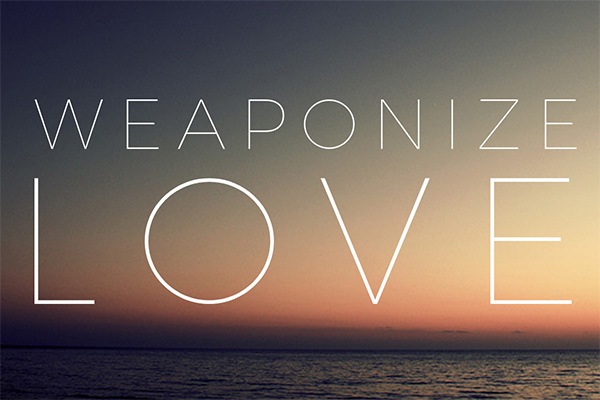 It is certainly hardly ever encouraging these days to go online or turn on our televisions to watch the news.

Much of what we encounter in this news is a raw, awful evidence that this world is far too often affected by the pervasive force of evil in our society and our lives.

The dark force of evil is a specific story that weaves through every book of the Bible, just as it seems to now mark nearly every chapter of our contemporary lives.

And over the last week in particular, news stories that came from around the United States offered a relentless and particularly heartrending reminder of evil’s bleak impact.

The week began with the ongoing story of pipe bombs mailed to former presidents, politicians, media companies and businesspeople. When the person believed to be behind the construction and mailings of those bombs was arrested, he was driving a van that was festooned with a variety of stickers that proclaimed angry rhetoric against those with whom he disagreed. And when investigators and news organizations turned to this man’s social media posts, they discovered that he foreshadowed his evil deeds, referring to some of his targets as “piece slime trash” (sic) and threatening them with death.

Later in the week, in Kentucky, a man tried to break into the First Baptist Church of Jeffersontown, a predominantly black church, and after finding it locked (there was a prayer meeting going on at the time), he turned to the Kroger grocery store next door and shot and killed two black shoppers. He allegedly told a bystander that “whites don’t shoot whites” before he was captured by police.

And last Sabbath (and I use that phrase intentionally), a man stormed the Tree of Life Congregation Synagogue in Pittsburgh, Pennsylvania. By the time he was done shooting, 11 worshippers were dead and six policemen and worshippers injured.

It was the worst single day of violence against Jewish believers in U.S. history. When investigators and the media turned to the suspect’s social media account, once again they found speech filled with hatred and threats, including conspiracy theories that argued that Jewish people were the enemy. Minutes before he went to the synagogue, the shooter posted a message on a social media channel called Gab (an alternative Twitter-like social media channel since shut down), where he wrote that “HIAS (Hebrew Immigrant Aid Society) likes to bring invaders in that kill our people. I can’t sit by and watch my people get slaughtered…I’m going in.”

For those who seek to live in a world marked by hope, each of these criminal and terrorist acts, these hate crimes, had their own unique and awful form of evil specifics.

However, at the same time, it seemed that each of these acts also reflected on the tragic reality of our times. Hate itself has become part of conversations that are no longer analog—person-to-person and out loud—but spread globally throughout the internet and social media channels. The term increasingly used for this sort of social media anger and hatred is the phrase “weaponized.”

“Weaponize” is an old word. Traditionally, it simply means “to adapt for use as a weapon of war,” with the idea that physical weapons were used. Most people believe it was a phrase first used in a book about conflict in India and first published in 1938. In the 1950s, the term meant “to provide (a nuclear or other explosive device) with a mechanism for being launched and propelled toward a target.”

Now, increasingly, weaponize often has little do with bombs. The current definition—as set out in the Guardian newspaper last year—is that “weaponized narrative seeks to undermine an opponent’s civilisation, identity and will by generating complexity, confusion and political and social schisms.”

As the three criminal, and even terrorist, acts of the last week unfolded, there was an unsurprising array not only of social media comments by these individuals, but also a trail of truly fake news and demonstrably untrue conspiracy theories that inspired the thoughts and actions of these individuals. Another phrase that’s sometimes used as these acts become a part of our lives is that these individuals become “radicalized” through their online media habits—a term that in the past we would use for terrorists that lived somewhere else.

As we face a world that listens to, and then amplifies, this kind of hate, what might or should we do as a community of God’s children who are committed to inspiring and caring for our world?

As Christians, believers in Jesus Christ, individuals who seek to live by His teachings, to be inspired by His life, what do we do in a world of weaponized hate?

So, then, to try to recapture this military term—weaponize—is there a way that we can “weaponize love?”

Christ’s life consistently suggested and demonstrated that love was indeed not simply an attitude of stubborn response to the evil in the world, love was also an active and proactive force to confront and bring about real change in response to evil.

In turn, that kind of world-shaking, transforming love must inspire our response as a community filled with heartache and horror, as we speak out against and strongly condemn these awful attitudes and acts. The real question for us, as followers of Christ, is how might we meaningfully/powerfully/unabashedly call out those things and stand for truth—how do our lives and voices become a tool to simply and powerfully weaponize love?

I believe that’s one of the core elements of Christ’s example and life, as he daily sought to counter and meaningfully transform a society so often aligned against those who are lesser than.

"All who declare that Jesus is the Son of God have God living in them, and they live in God. We know how much God loves us, and we have put our trust in His love. God is love, and all who live in love live in God, and God lives in them. And as we live in God, our love grows more perfect. So we will not be afraid on the day of judgment, but we can face Him with confidence because we live like Jesus here in this world. Such love has no fear, because perfect love expels all fear. If we are afraid, it is for fear of punishment, and this shows that we have not fully experienced His perfect love. We love each other because He loved us first. If someone says, “I love God,” but hates a fellow believer, that person is a liar; for if we don’t love people we can see, how can we love God, whom we cannot see? And He has given us this command: Those who love God must also love their fellow believers."

In these dark and trying times with seemingly few answers or effective responses to this evil world, I’m convinced that we can be confident in the fact that if we decide to live out God’s perfect love, and use that as our weapon of choice to combat the manifestations of evil that we see in the world, God will drive out all fear—not only for our own lives but for the lives of our brothers and sisters, our neighbors.

So, while it will never be easy or as immediate as we might sometimes wish, the story of our lives and this world itself is that God’s perfect love will expel the hatred from the hearts of those who are truly willing to experience it. And for each one of us, it’s important to remember that we cannot declare that we love God while harboring hatred for those around us.

I don’t mean to be casual or glib when I say we must weaponize love—God’s love. I say it because I believe that God-fueled love will move us beyond just our mere thoughts and prayers and into tangible action. It’s the sort of action that seeks to stand alongside the oppressed in our communities and our world as we strive to meet our neighbors’ immediate needs, while also committing to the long-term effort of seeking restorative justice on their behalf.

Further, we talk a lot about World Changers here at Andrews. I believe that the first step to becoming a world changer is to allow the perfect love of God to transform us—to renew our minds, to purify our thoughts and to break our hearts for what breaks His.

That perfect love, inspired and energized by God’s Spirit in our lives, will allow us to see those around us the way that God sees them, and it’s a simple perspective: A son or daughter who has been created in God’s image.

Once we have been transformed by that love, we can then use it as a weapon that’s not a weapon at all but a Holy Force, an Ultimate Love, that seeks to truly change the world.

These heartbreaking days remind us that yes, world changers can be made here at Andrews University and wherever God’s children are found...and we can and will change the world only and ultimately through the power of God’s perfect love.

One of the ways we can seek to live out the Love we talk about here is reflected in a local Interfaith Prayer Vigil when we will gather with our neighbors to honor and pray for the victims of the Tree of Life Congregation Synagogue shooting—as well as other victims of hate crimes. This prayer vigil will be held on Monday, Nov. 5, at 7 p.m. in the Oak Room at The Citadel, 91 Hinkley Street in Benton Harbor, Michigan. I invite you to attend as part of being a force for transforming love in a world so often marked by evil. 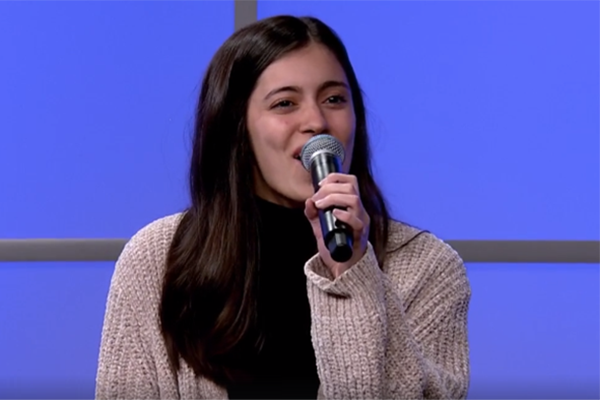