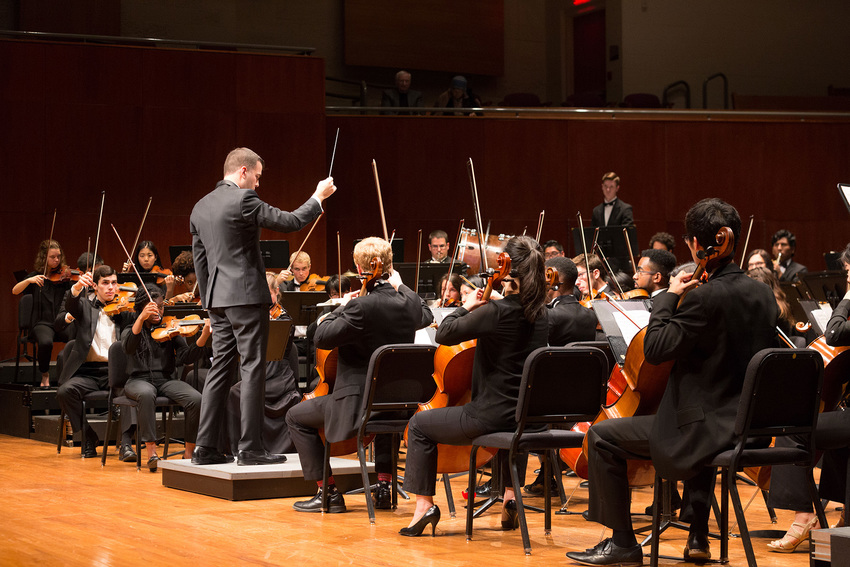 The concert will begin with portions of Peter Tchaikovsky’s “The Nutcracker.” Anytime “The Nutcracker” is performed, it usually involves some sort of curatorial interpretation, whether it be a dance production or instrumental selections. For example, the Joffrey Ballet company has a new production of the work that reinterprets it as occurring during the 1893 Chicago World’s Fair rather than in the German village imagined by author E.T.A. Hoffmann. By the time of this concert, Walt Disney Studios will have contributed a completely new adaptation with its film titled “The Nutcracker and the Four Realms.” To enable orchestras to perform the ballet without dance, Tchaikovsky completed an instrumental “Suite” in 1892 that features eight orchestral excerpts from the ballet. For the purposes of this concert, the “Suite” does not suffice since it leaves out some of the ballet’s most memorable musical moments. Therefore, the Symphony Orchestra’s December 1 performance will feature approximately half of the ballet’s music, enabling the listener to perceive the full arc of the ballet’s story.

The second half of the concert will include two compositions by Ralph Vaughan Williams (1872–1958) for which he took familiar English Christmas tunes and enriched them with his Romantic harmonic language and a variety of instrumental combinations. For Vaughan Williams’ “Fantasia on Christmas Carols,” the Symphony Orchestra will be joined by the University Singers and vocal soloist Stephen Zork, professor. In it, Vaughan Williams’ selected Christmas Carols include “The Truth Sent From Above,” “Come All You Worthy Gentlemen,” “On Christmas Night,” “There Is A Fountain” and “God Bless the Ruler of this House.” The Symphony Orchestra will also perform a second “Fantasia” by Vaughan Williams, one based upon the English folk tune “Greensleeves,” that features the orchestra’s string section, flutes and guest harpist for the evening. The evening will close with American composer Leroy Anderson’s stirring medley of Christmas Carols titled “A Christmas Festival,” which includes excerpts from “Joy to the World,” “Deck the Halls,” “God Rest Ye Merry Gentlemen,” “Good King Wenceslas,” “Hark! The Herald Angels Sing,” “The First Noel,” “Silent Night,” “Jingle Bells” and “O Come, All Ye Faithful.”

Conducted by Chris Wild, the Andrews University Symphony Orchestra is the core ensemble of the orchestral program at Andrews. In addition to their current series at the Howard Performing Arts Center, the Andrews Symphony Orchestra travels within the Great Lakes region as well as internationally. Since 2006, the orchestra has performed in Italy, Austria, Germany, France, Philippines and Costa Rica.

Tickets can be purchased at howard.andrews.edu. Prices are $6 for general admission and $4 for students and seniors (limit two tickets per student ID). For more information, call the Howard Box Office at 269-471-3560.