Following the AUSO’s January concert showcasing student soloists, their February concert features the full ensemble with two of the most beloved compositions for symphony orchestra. The title of the concert, “Sweet Dreams,” is a nod to the literary sources for each composition, which blur the distinction between dreaming and waking.

The evening’s most significant composition—"Scheherazade"—will be presented following intermission. Its title suggests that it could be from the 19th Century symphonic poem genre, when composers such as Richard Strauss shaped their musical forms in direct accordance to the shape of their selected stories. Rimsky-Korsakov’s "Scheherazade," however, is equally akin to a symphony, written in four separate movements that total approximately 45 minutes in performance. Scheherazade is a heroine character in the Middle Eastern collection of folk tales known as "One Thousand and One Nights," also published as "Arabian Nights." Since the stories developed throughout the Middle East and India in oral fashion, it is difficult to claim any one single source for the story, although it can be traced to similar stories in India beginning circa 500 AD followed by additions and translations into Arabic circa 700 AD. The general framing story of "One Thousand and One Nights" concerns the young woman Scheherazade as she first encounters the terrifying Sultan Shahryar. As the legend goes, Shahryar was betrayed by his wife which led him to believe that any other woman would also end up betraying him. In response to this, he takes a different wife every night for three years, and has her executed the following morning, to prevent potential heartbreak. It is at this moment that the clever young girl Scheherazade is introduced to the Sultan. She knows that the Sultan prefers to be told a story each evening and, in order to save herself, decides to leave her story incomplete. Enraptured by her storytelling, the Sultan spares her life the following day and continues to listen to her stories for another one thousand and one nights, until he decides to make Scheherazade his queen. In Rimsky-Korsakov’s composition of the story, the dynamic between the Sultan and young Scheherazade is heard repeatedly throughout the work: the imposing Sultan’s theme is heard at the very beginning of the composition, typically stated by the lowest and loudest instruments in the orchestra. To contrast, Rimsky-Korsakov most often has Scheherazade portrayed by the orchestra’s concertmaster violinist. A few different stories told by Scheherazade are contained within Rimsky-Korsakov’s work, including the adventures of the fantastical sailor Sinbad. The music for "Scheherazade," composed in 1888, reflects a composer at the peak of his abilities, then renowned for the creative ways he “orchestrated” his musical ideas.

The history of Russian and French music is often intertwined, with a shared history of the ballet and interests in musical trends that contrast with their German neighbors. Therefore, it was traveling musicians from Russia that made some of the greatest impressions upon the young Parisian composer Claude Debussy. Debussy also enjoyed the company of poets, and for his breakthrough 1894 composition titled "Prélude à l'après-midi d'un faune" (“Prelude to the Afternoon of a Faun”), he drew inspiration from the poem of the same name by the symbolist poet Stéphane Mallarmé. In Mallarmé’s poem, a faun (a half-human, half-goat creature that typically plays a pan flute) is daydreaming of recent adventures with nymphs (fairies). Debussy’s family had first-hand experience with the devastation caused by the Franco-Prussian War, and so the young composer was eager to develop a musical style that would differ from the latest crazes (such as Richard Wagner’s operas) in Germany and Austria. Therefore, Debussy’s "Prélude" is brief rather than long, light rather than heavy, and also exceedingly flexible. In addition to achieving moments of supreme beauty, the piece demonstrates Debussy’s desire to liberate music from the “tyranny of the barline.”

The Andrews University Symphony Orchestra is the core ensemble of the orchestral program at Andrews University. In addition to their current series at the Howard Performing Arts Center, the Symphony Orchestra travels within the Great Lakes region as well as internationally. Since 2006, the orchestra has performed in Italy, Austria, Germany, France, the Philippines and Costa Rica. 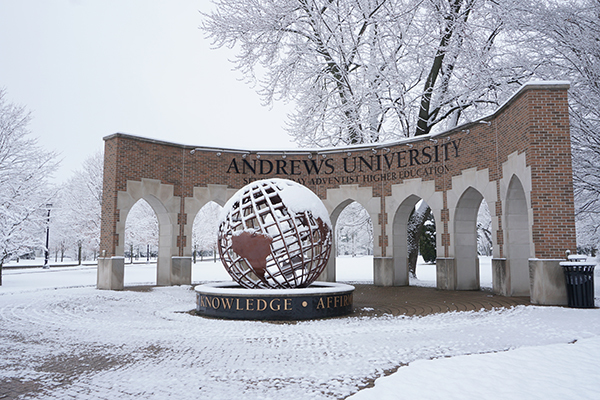