On the topic "Speaking Peace in a Climate of Conflict" 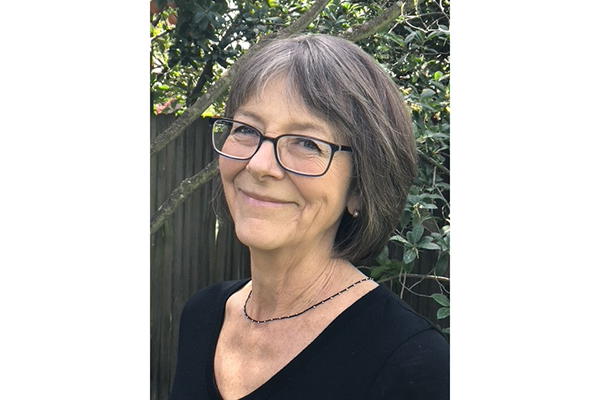 Marilyn McEntyre, spiritual writer, speaker and professor of American literature and the medical humanities, captured the attention of her virtual audience with the topic “Speaking Peace in a Climate of Conflict” on Wednesday evening, Oct. 21, 2020. Her address, titled after her recently published book of the same name, focused on how intentionality with words can bring healing and strength to a conflicted world. The distinguished author of several books, including “Caring for Words in a Culture of Lies,” “When Poets Pray” and “Make a List: How a Simple Practice can Change Your Life and Open Your Heart,” was the featured speaker for the Department of English’s annual John O. Waller Lectureship on the Arts.

The Waller Lectureship honors late English professor John O. Waller, who taught at Andrews University from 1960–1987 and chaired the department from 1963–1979. While in the position, he launched a Master of Arts in English and was a mentor for many future teachers, including several of the Department of English's current faculty. His book, “A Circle of Friends: The Tennysons and Lushingtons of Park House,” was published in 1986 by Ohio State University Press. This book reflects his specialization in the Victorian period. This year’s talk marked the 13th in a long line of esteemed presentations on a wide range of English disciplines, from "Henry Thoreau: A Sauntering Life" by Dave Smith in 2011, to Peter Holland’s "Haunting Shakespeare or King Lear Meets Alice" in 2012, and “Montgomery 55 on My Mind: Success Lessons from the Boycott” by Ramona Hyman in 2019.

Vanessa I. Corredera, chair of the Department of English, spoke to the importance of the Waller Lectureship and Marilyn McEntyre’s position this year. She expressed, “It is our annual opportunity to engage with research in our field outside of our immediate university family. It’s important for students and the wider community to get a sense of what English and the humanities offer as a field and to dialogue and engage with people outside of our research community.”

McEntyre’s talk centered around strategies for engaging in a deliberate and caring use of language. In a reflection on the power attributed to words and the role they play in peace, she led with the statement, “Peacemaking is a vigorous business.” Speaking peace, she noted, is very different from simply speaking about it.

McEntyre explored some of the struggles and strife she has observed in the world and emphasized the importance of stewardship when it comes to using language within culture, given the different contexts and connotations each word holds today. Her focus then turned to the context of communication, presenting the idea that “good conversation is life giving.”

The speaker outlined seven methods that can be used to properly care for language: taking time for definition, putting words into poetry, articulating outrage, finding facts and checking them, minding metaphors, claiming the comic, and finding an alternative to winning or losing. Each particular facet of the action plan pointed out new ways to use language effectively, especially in the context of peacemaking.

In her exploration of the power of putting words into verse, for example, McEntyre stated her belief that, “poetry can surprise us into new understandings of each other and our shared vulnerability.”

When detailing her understanding of appropriately articulating righteous outrage, McEntyre expressed the necessity of careful discernment regarding when it is the right time to speak up for those who need it. She established, “If it’s in our power to speak up for the vulnerable, then it is our duty to do that.”

Her final suggestion, to find alternatives to winning or losing, hinged on the idea that “the way to civil conversation lies through the grey area—through ambiguity.” She reiterated that each individual is connected to others in an extremely subtle and complex network, and therefore can find more ways to connect with others than they might at first perceive within a polarized community.

Corredera highlighted McEntyre’s call for Christians, in particular, to think about what they champion, and additionally pointed to the way the speaker believed in a two-way enrichment between both the humanities and other fields. She hoped, most of all, that students gained an understanding of the key role that words play in day-to-day life. “It’s important that we all pay attention to the language we use—how we use it, how we communicate. All of us are stewards of language and stewards of communication.”

In a thoughtful call to action at the end of her talk, McEntyre directed: “Speak with specificity and humility and boldness, awakened imagination, gratitude, grace and commitment, as followers to the one who called peacemakers blessed, ‘for they will be called the children of God.’” 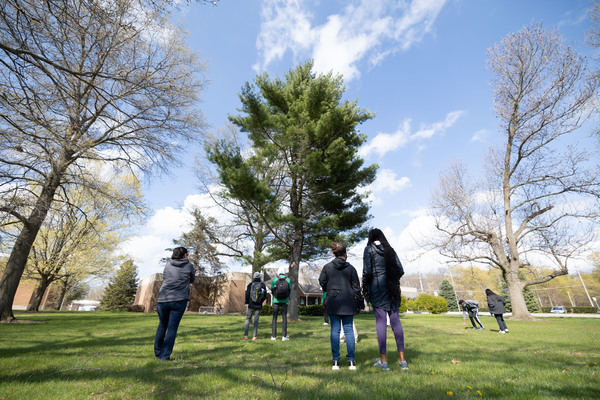