Seek the Peace of the City 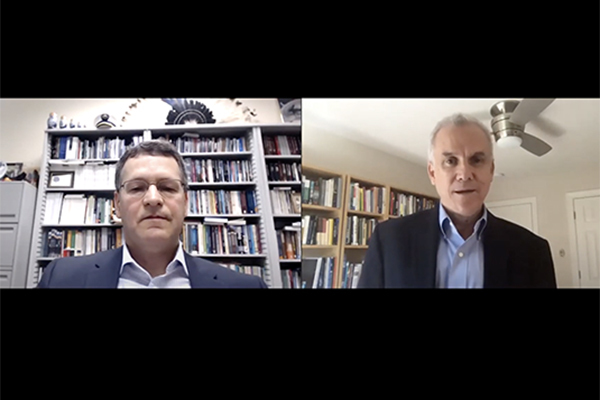 LEFT TO RIGHT: Wagner Kuhn, Seminary professor of world mission, and Gary Krause, director of the GC Office of Adventist Mission, were two of the featured speakers for the IFAMS mission conference. (Photo by Livestream)

"Seek the Shalom of the City" was the theme for the IFAMS Annual Mission Conference on Oct. 2–3, 2020. Gary Krause, director of the General Conference Office of Adventist Mission, was the guest speaker for the livestreamed event in which he shared his latest research, theological insights and practical tools for missions in the city. More than 400 people participated via Zoom over the two days. Additionally, each presentation was streamed on YouTube, with approximately 200 views per program over the weekend, and on Facebook, with more than 1,000 views per program over the weekend. Attendees joined from all over the world, including Myanmar, Colombia, Egypt, the Philippines, Kenya and Thailand.

The event was divided into specific topics related to scripture. On Friday Gary Krause covered "Should I not be concerned about that great city?" (Jonah 4:11). Krause surveyed cities using satellites to study their geography and their relation to knowledge and nurseries for creativity. Krause also took a closer look at the statistics of cities as well as their sphere of influence and significance of soft power. The writings of Ellen White and the early church's urban ministries were discussed in this light. Krause also dove deeper into how we should minister to those who are jaded and skeptical of Christianity, using Christ's method of focusing on personal relationships.

The second segment was titled "I have many people in this city" (Acts 18:10). Krause looked at the historic Adventist attitudes toward cities and how these views changed when the "Country Living" pamphlet was published in 1943. Ellen White's four critiques of urban ministry were also highlighted: "Over-centralized—we need dozens of centers in many cities; ministering only to the poor—make sure we're reaching everyone, neglect no one; non-denominational—wanted us to be upfront about being Adventist when asked; medical above ministry—they need to work together not separately." Krause went on to analyze soft power and spheres of influence within the context of cities, citing the need to be a part of the communities the church is in.

On Sabbath the first session was "When He saw the crowds ... " (Matthew 9:36). Krause focused again on the importance of implementing Christ's method, having compassion in the church's ministry toward people who may never get baptized or join the church. Taking a closer look at what the early church did to minister and spread the gospel, Krause explored three points of how to minister through compassion, incarnation and salvation. He also emphasized that Adventists need to be in the cities and to be a part of the communities there, not just operate as bystanders. Krause said, "It's important to remember that we are there to serve and love the people there within our sphere of influence, and it's our responsibility and job to be used by the Holy Spirit even if they never become a follower of Jesus or a member of our churches."

The afternoon session was titled "Seek the Shalom of the City." Krause examined Daniel and his friends in exile, looking at their examples and ministry in a foreign place with a culture completely different from their own. He then transitioned into looking at the church's centers of influence such as child care centers, social working services, cafes and secondhand stores. These spaces need to make an impact and be a positive force in the community.

Wagner Kuhn, a professor and chair of the Department of World Mission, valued the unifying effect of the online conference given the challenges happening worldwide. "I believe the opportunity to allow people to participate from where they are in all continents and in various time zones has impacted positively as it unites people from many parts of the world in one vision, one mission," said Kuhn.

Gorden R. Doss, also a professor of world mission at the Seminary, found the conference to be a blessing. "The presentations brought together updated and highly relevant information on urban mission. In a very balanced way, Krause addressed the Adventist ambivalence related to 'country living' that has undercut urban mission."

Similarly, Daniel M. Duffis, administrative assistant to the Department of World Mission, found the conference to be unifying in the vision. Duffis said, "Although the conference has been livestreamed before, we can now think about providing translation to other languages which will allow us to include a larger demographic that was not being reached before." The conference was translated into Spanish, Portuguese and French.

Duffis was encouraged to see the emphasis on urban missions, which he believes is critical for Adventist missions today. He shared, "I hope that the attendees were able to reflect on the urgency of mission in the cities, since the majority of the world's population is now located in urban areas. God has a special concern for cities because he loves the people in the city. In the same manner that Jesus came to dwell among humanity, we can only appropriately minister to those in the city if we live among them and share our lives with them." 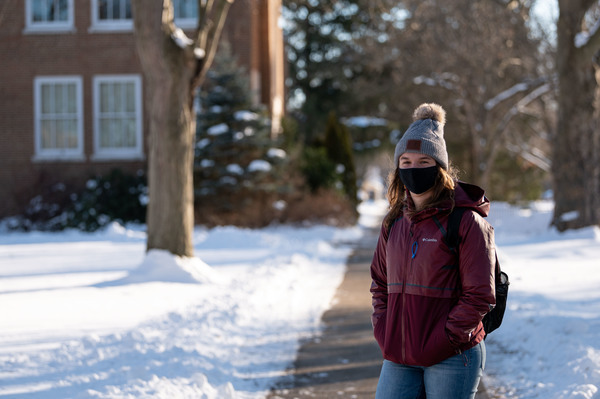