Ending the Virus of Hatred

As a global community of God's children, Andrews University believes that the trend of hatred and violence against Asian Americans must end. 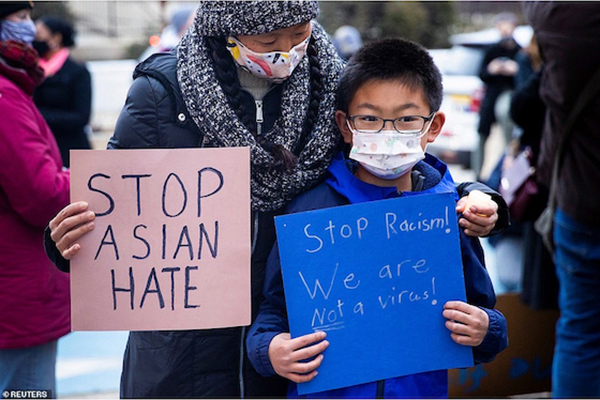 Andrews University joins with the Seventh-day Adventist Church in North America, along with voices from across America and around the world, in fully, strongly condemning the recent acts of racism, violence and hatred directed toward the Asian American and Pacific Islander community.

In particular, we directly condemn the violent acts of a gunman who has been charged with killing eight people at Atlanta-area spas in Atlanta, Georgia, earlier this week. While the shooter's motive is not yet clear in his initial interviews with the police, the identity of the victims, which included six women of Asian descent, is a painful reminder of an alarming rise in anti-Asian American and Pacific Islander (AAPI) hate crimes in the United States—a trend of hatred, violence and even death that must end. This week's incident is only another stark reminder of the pressing need to urgently root out and eliminate this viral pandemic of racism from our nation and world toward our AAPI brothers and sisters and for any other member of our community who experiences racism and acts of hatred and violence.

Over the last year, the coalition Stop AAPI (Asian American and Pacific Islander) Hate has tracked incidents of violence and harassment against Asian Americans and Pacific Islanders in the U.S. In that yearlong study, released early this month, nearly 3,800 instances of discrimination had been reported against persons of Asian descent in the past 12 months—a number that is likely much higher.

Underreporting of these incidents can be due to a number of different factors including, but not limited to, language and cultural barriers, a lack of trust in law enforcement, as well as fears of retaliation in the AAPI community.

In particular, it would be a mistake to not also point out, especially during our celebration of Women's History Month, the fact that the majority of victims of recent hate crimes directed toward the AAPI community have been women.

Of the 3,800 persons to report anti-AAPI hate incidents recorded by Stop AAPI Hate between March 19, 2020, and Feb. 28, 2021, 68 percent of them were women. There clearly appears to be an intersectional dynamic in which hate-filled perpetrators of violence are perceiving women of AAPI descent as easier targets and are therefore targeting them at a much higher rate. This is part of a tragic legacy where Asian women are also at increased risk as objects of gender-based sexual violence.

On Feb. 10, 2020, I, along with our Office of International Student Services & Programs, released a Divino statement that launched our campus' #IAmNotAVirus campaign. This campaign was inspired by a global initiative early last year to combat xenophobic fears and racist tropes targeting persons of Asian descent within our community based on false information about the spread of COVID-19, which was just beginning to spread worldwide (at that point last year, there were only 43,000 cases and 1,000 deaths globally, and the disease had just been given the name COVID-19).

You may also remember from that Divino post that I received letters from members of our own University community who had been unfairly targeted on the basis of their Asian heritage. At that time, I called on us as a University community to seek to create spaces for our campus community to talk together more thoughtfully and carefully about how we can also celebrate and affirm Asian/Asian American students and employees. The message of that Divino post on #IAmNotAVirus led to a number of reports in local media and in social media shares around the world. It eventually even led to an interview with a newspaper in Hong Kong that had heard about the Divino post and the significance of the campaign to end hatred against Asians.

Once again, since February 2020 when that Divino post first appeared, the acts of hatred and violence against the AAPI community have only widened. Our society has also further marginalized our Asian brothers and sisters with the dismaying and widespread use of language like "China Flu" or "Kung Flu" throughout our society and sometimes even from global leaders—inappropriate language that has only further inflamed hatred against the Asian community.

I'm also grateful for what our faculty and staff can do to build community and understanding, especially in the face of racism and hatred. My colleague, Duane Covrig, shared a wonderful article last evening from the Christian Scholars Review website. Let me share a remarkable passage from that article, written by Paul Y. Kim, which I think describes an ethical and Christ-like response that a Christian community like Andrews University, a community made up of students, teachers and staff from around the world, should make in the face of hatred and violence like this:

"Students often choose to attend Christian colleges and universities based on the strong relationships that are possible with faculty; therefore, it behooves us to provide Christ-like love to our Asian and Asian American students, as they navigate a pandemic world that is filled with hurtful messaging and acts against their own community. Through our collective efforts as faculty, I hope that we can affirm our Asian and Asian American students as image bearers of God (Genesis 1:27), recognize them as an integral part of our learning communities who require a particular type of attention during this time (1 Corinthians 12:12–27), join in their grieving (Romans 12:15), and ultimately point students to the real hope that the diversity of God's family will be fully realized one day (Revelation 7:9–10)."

I look forward to continuing to talk with our entire Andrews University community, and to engage with the world we seek to change, as we seek to fully and truly listen to our AAPI brothers and sisters here on campus and around the world and find God-centered ways to pursue tangible and world-changing ways that we can together ensure our community is one where those individuals feel valued, affirmed, respected and supported—and protected always.

This coming Monday, March 22, at 8 p.m. in Newbold Auditorium, the Office of Diversity & Inclusion and the Center for Faith Engagement will jointly host a conversation that will give our community, including its students and employees, a space to process these recent events as well as discuss and explore tangible ways our campus community can engage in the movement to stop these acts of hate and violence toward the AAPI community.

With this Divino post, I've included a heartbreaking photo that I saw online last evening. The picture eloquently states the approach we should embrace as God's children and proponents of God's kingdom. In the picture, you'll see a young boy carrying a handwritten sign that simply says "Stop Racism! We are not a virus!" (Image Credit: Reuters)

That young boy is absolutely right.

Hate has no home here, either at Andrews University or around the world. 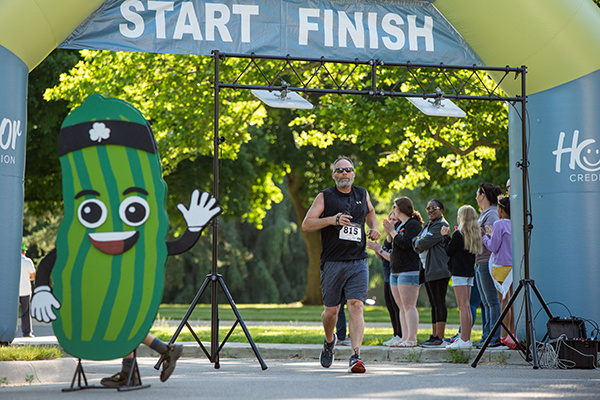