Funeral services will be at 5 p.m. Sunday, April 11, at Allred Funeral Home, Berrien Springs, with visitation beginning at 3 p.m. Private burial will be in Rose Hill Cemetery. Memories may be shared at www.allredfuneralhome.com.

John was born Feb. 28, 1922, in Auerbach, Saxony, Germany, the youngest of eight children of Emil and Ella (Bochmann) Neumann. He served his country during World War II with the U.S. Army, where he was trained as a medical lab technician.

After the war, he married Lora G. Wasenmiller on May 12, 1946, in New York City. That fall they moved to Berrien Springs for John to pursue his education under the G.I. Bill at Emmanuel Missionary College (now Andrews University). He decided on a business major and also worked in the business office where he learned the routines of the office. When he graduated in 1951, he was offered a junior accounting position, later became assistant accountant, and then accountant until his retirement in 1987. He also served as a Notary Public, and he directed ticket sales for the Concert-Picture Series for 30 years.

John was a longtime member of Pioneer Memorial Church, serving for over eight years as Treasurer, and nearly 30 as a deacon.

He was preceded in death by his wife of 66 years, Lora; his parents; and seven siblings. 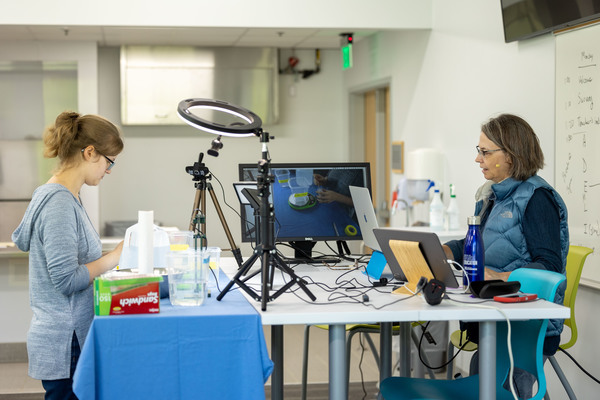