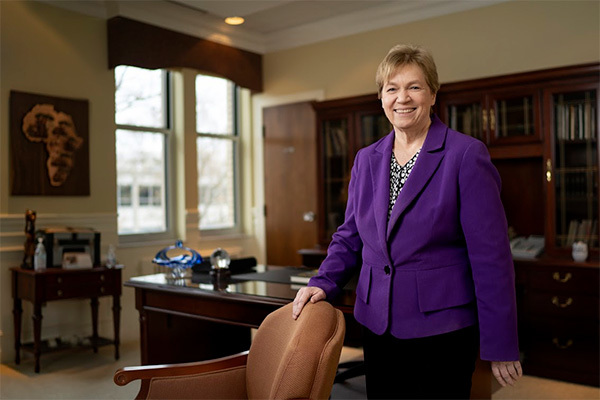 Luxton has led the flagship educational institution of the Seventh-day Adventist Church since July 2016. The university, which was established in 1874 as Battle Creek College in Battle Creek, Michigan, moved to Berrien Springs, Michigan, in 1901 as Emmanuel Missionary College, and became Andrews University in 1960.

Following Luxton’s presentation, Artur Stele, chair of the Andrews University Board of Trustees, described the search process to replace Luxton.

That process will begin immediately. It will be overseen by the Andrews University Board of Trustees, guided by University bylaws, working and board policies, and directed by a search committee made up of board members as well as University faculty, staff, alumni and students. Stele will serve as chair of the search committee.

Final candidates will be formally interviewed by the search committee in January and February of 2023. Following those interviews, the search committee will recommend two or three finalists to the Board of Trustees for its March 2023 meeting. During that March board meeting, the new president of Andrews University will be elected.

Under Luxton’s presidency, Andrews University thrived, even as it faced challenges, and successfully built on unique opportunities.

Those opportunities included response to the student-inspired #ItIsTime movement, which asked the University to effectively understand and respond to a challenging history of institutional racism. Luxton’s public response began in a chapel talk with the words “We will be okay.”

A number of transformative steps on the Andrews campus then followed, including creation and hiring of the University's first cabinet-level Vice President for Diversity & Inclusion (now titled University Culture & Inclusion) position.

Luxton’s full commitment to a diverse and inclusive Andrews University is also reflected in the diversity of the global student population on its Berrien Springs campus and in deepening academic collaborations with over 50 Adventist and public universities around the world, which has created a truly global campus.

This strategy toward being a global campus is reflected by Andrews University’s new brand statement “World Changers Made Here,” which builds on and summarizes the University’s mission statement: “Seek Knowledge. Affirm Faith. Change the World.”

The most recent years of Luxton’s presidency have been influenced by the global COVID-19 pandemic. Luxton’s leadership, alongside Provost Christon Arthur and a COVID-19 management team, helped guide Andrews University through a journey of online learning, hybrid learning, remote study and work arrangements, and careful monitoring and ongoing adjustment of COVID-19 mitigation protocols.

The Berrien Springs campus itself was transformed during Luxton’s presidency, as well, including completion of fundraising for and construction of the Andreasen Center for Wellness and the introduction and development of the Office of Innovation & Entrepreneurship.

During Luxton’s presidency, the academic and strategic effectiveness of the University was informed by restructuring and streamlining during the 2019–2020 school year when the University’s seven major academic units were reduced to five—four colleges and a seminary.

The most recent 2022–2025 strategic plan uses Storylines to respond to the new environment Andrews University operates in amidst the significant impact of COVID-19 on all of higher education.

Luxton’s leadership as president reflected her belief in the power of Story for moments of joy and challenge. She has provided calm, steady leadership in times of crisis and has offered an array of qualitative strengths, including a commitment to empowerment, creative problem solving and empathy. Throughout her presidency, Luxton maintained an open door policy for employees, students and parents.

In her early months as president, Luxton got to know the campus through indoor and outdoor tea parties for students and employees. When the COVID-19 pandemic affected graduation commencement services and the traditional handshake with the president, Luxton gamely echoed a dizzying array of hand gesture greetings from graduates once in-person graduation services began again.

Her leadership and expertise were recognized both on-campus and beyond, including receiving the Charles Elliott Weniger Society Award for Excellence and serving as a panelist on the television program American Religious Town Hall. As Andrews University’s first woman president, Luxton also served as a role model and mentor to other women leaders.

Luxton was born in Watford, Hertfordshire, the daughter of educators, and early developed a passion for teaching. For her undergraduate studies, Luxton attended Newbold College, Bracknell, Berkshire, England, where she graduated with a Bachelor of Arts in theology and English in 1977. She continued her studies at Andrews University and completed a Master of Arts in English the following year.

She completed her PhD in English in 1986 at Catholic University of America, Washington D.C., and a postgraduate diploma in institutional management and change in higher education from University of Twente, Netherlands, in 1999.

She became vice-president for academic administration and professor of English at Canadian University College (now Burman University) in Alberta, Canada, in 2001, and became its president in 2006. Luxton also served as the associate director of education to the General Conference of Seventh-day Adventists and executive secretary to the Adventist Accrediting Association between 2003 and 2006.

Luxton became provost and a member of the Andrews University faculty in 2010, where she served until her appointment as the sixth president of the University in 2016.

An avid writer, Luxton has written for many professional publications and papers in Canada, England and the United States. She has also written church-related articles for Signs of the Times, Adventist Review, quarterlies and other national and international publications, and has participated in the development of other book projects, including an extended interview for the 2020 book, “Campus Uprisings: How Student Activists and Collegiate Leaders Resist Racism and Create Hope.” 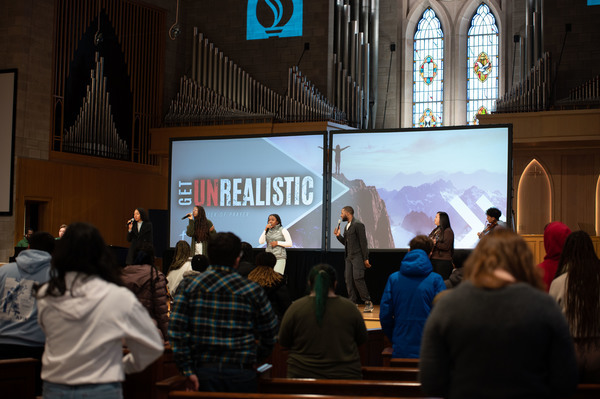