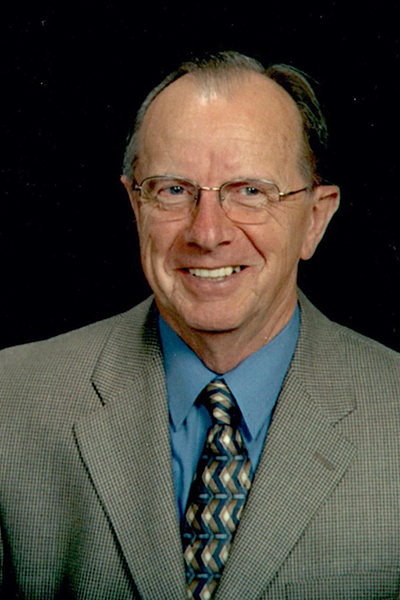 The Yeagley family requests that in lieu of flowers, donations be made to the Jeff Yeagley Memorial Scholarship at the Seventh-day Adventist Theological Seminary at Andrews University. Donations can made through andrews.edu/go/give/Yeagley.

Please remember Steve and his entire family in your prayers during this time of loss. You may leave a comment for the family below if you wish.

Larry Yeagley, longtime teacher, pastor and chaplain in the Seventh-day Adventist Church, died unexpectedly at his home in Gentry, Arkansas, on Friday, July 15, 2022. Born Sept. 5, 1933, to Pennsylvania sharecroppers, his humble roots laid the foundation for a career that offered hope and healing to all.

Married to Roberta Anne Brackett in 1955, Larry graduated from Washington Missionary College (Washington Adventist University). Though his dream was to become a pastor, he received a call to teach, serving Adventist schools in Pittsburg, Toledo and Cleveland from 1957 to 1962.

Larry received his first pastoral appointments in Ohio at the Ravenna, Barberton and Hamlet churches. In 1966, he and Roberta and their family of four boys moved to a church district in New Haven and Waterbury, Connecticut. Their migration then took them north to churches in Hudson and Framingham, Massachusetts, and Worcester and Northboro, Massachusetts.

As Larry increasingly engaged with community needs, he was drawn to hospital chaplaincy, leading him to Battle Creek (Michigan) Sanitarium and Hospital in 1976. Learning from the pain of patients and their families, Larry created Grief Recovery, a support program that touched thousands of lives. It also inspired several books and opened doors for Larry to speak throughout North America and beyond.

Following the death of their eldest son, Jeff, the Yeagleys moved to Texas in 1982, where Larry became chaplain at Huguley Memorial Hospital and continued to expand Grief Recovery. He also helped start the first hospice in Fort Worth after working with others to establish a similar program in Battle Creek.

During his time as chaplain, his passion for sharing insights into grief counseling and pastoral ministry provided opportunities to teach at both the Seventh-day Adventist Theological Seminary at Andrews University and Southwestern Adventist University.

In 1989 Larry returned to parish ministry in Michigan, where he pastored churches in Muskegon, Fremont, Charlotte and Marshall. He retired from full-time ministry in 2002.

Larry and Roberta moved to Gentry in 2005, where he continued his love of gardening, woodworking, writing, reading, volunteering and occasionally preaching to support area pastors. His genuine concern for others colored his sermons and interaction with friends.