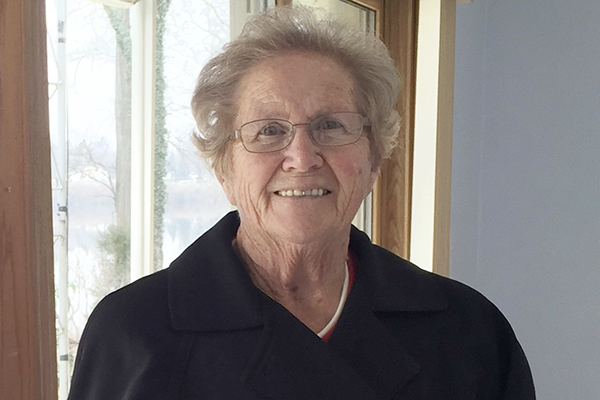 In lieu of flowers, her family has asked that donations be made in her memory to the Arthur and Cynthia Coetzee Endowed Scholarship at Andrews University.

Online condolences and memories may be shared with Cynthia Coetzee’s family and friends in the Comments section below or at allredfuneralhome.com.

Cynthia Pamela Coetzee was born on Feb. 22, 1934, in Grahamstown, South Africa. She was one of six children who were born to Melville and Mildred Bradfield.

Cynthia grew up on the Eastern Cape of South Africa, which inspired her lifelong enjoyment of long walks on the beach and swimming in the Indian Ocean.

She graduated from Helderberg College in South Africa, and while in college she met the love of her life, Arthur Coetzee. The couple married in 1956 and shortly after they began a lifetime of service to Christian education.

During their retirement, both Arthur and Cynthia loved to take trips back to South Africa. Significantly, Cynthia was Arthur’s devoted caregiver when he became ill before he passed away in 1998. Following Arthur’s death, Cynthia continued to travel and spend time with family. In the last two years of her life, she was well taken care of at Myra’s Place in Berrien Springs.

She will be deeply missed by her daughter, Lynda Hurlow (Edwin), and her son, Andrew Coetzee (Dori).

Cynthia is also survived by her oldest sister, Daphne, and her lifelong friend of 70 years, Bridget Baird, who both reside in South Africa.

Nana will be lovingly remembered for her beautifully presented and always yummy food, as well as her love of decorating for Christmas each year. She was the ultimate hostess and had the amazing gift of hospitality in her home and community.

Cynthia deeply loved her family and always cherished spending special time with her grandchildren and great-grandchildren.

I am saddened to learn of Cynthia's death. She was a longtime colleague, friend, and also neighbor on Ridge Avenue. We probably cannot attend the service because of a conflicting appointment at that time, but our thoughts will be with the family. Hugs to you. Madeline S. Johnston
Posted by: Anonymous
12/08/2022 at 9:11 PM
We lived beside Cynthia at the Villas condo in Benton Harbor. She made the best baked goods! Her sense of humor was always welcomed.
Posted by: Anonymous
01/15/2023 at 10:44 AM