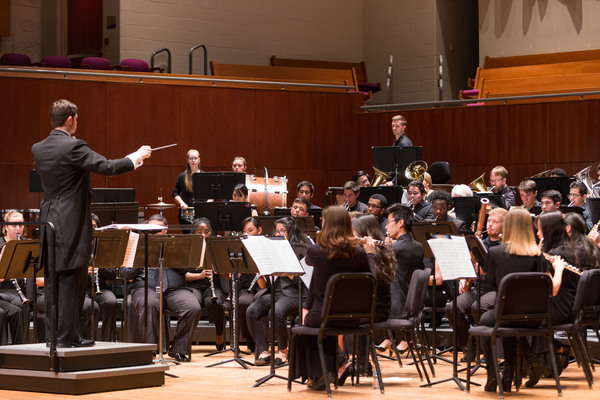 The Andrews University Wind Symphony will present its Winter Concert on Saturday, Jan. 28, at 8 p.m. in the Howard Performing Arts Center. In an annual partnership, the concert will feature the Southwestern Michigan College Brass Band under the direction of conductor Mark Hollandsworth.

The performance will contain a wide variety of music, including George Gershwin’s “Strike up the Band,” music from “The Incredibles,” the Mexican masterpiece “Huapango” by José Moncayo, a collection of French folk songs, including “In the Forest of the King,” and music from the anime film “Howl’s Moving Castle.”

Tickets for this event can be purchased at howard.andrews.edu and are $7 for general seating and $5 for students and seniors. There is a two-ticket limit if purchasing with a student ID, and reservations may also be made over the phone. For additional information, contact the Howard box office at 269-471-3560. For a full season schedule of events at the Howard Performing Arts Center, visit howard.andrews.edu.