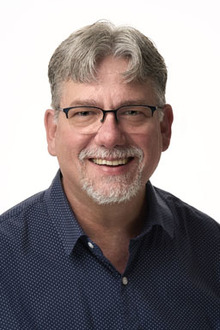 Daniel Weber is an assistant professor in the Visual Art, Communication and Design department at Andrews University. His teaching focuses on the areas of film, photography, podcasting, media ethics and crisis management. Daniel joined the Andrews University faculty in August of 2021.


In 2014 Daniel became the Communication Director of the Seventh-day Adventist Church in North America. He oversaw the operation of a team of communication professionals that provided the North American Division with Public Relations, Graphic Design, Video Production and Editorial services. Daniel joined the NAD Communication team in July of 2012 as the Associate Director and prior to that worked in the Office of Adventist Mission at General Conference of Seventh-day Adventists, a position he held for eight years. Daniel also served as the Senior Producer at the Hope Channel from 1992-2005.


A natural teacher, Daniel enjoys sharing real world experiences with those attending his classes and professional workshops as he focuses his teaching methods on practical tools that can be used in communication. His love for capturing stories has taken him to the wilds of Africa, the big cities of Asia, the jungles of Borneo, the high desert of South America and the cold climates of Siberia.


Daniel is a 1991 and 2022 graduate of Andrews University with degrees in commercial photography.  He has worked in the corporate communication field since 1998, after operating his own commercial photography business for 7 years.  His work has taken him to more than 120 countries for a variety of organizations.


Daniel lives in Niles, Michigan with his wife Heidi, and their two daughters attend Andrews University