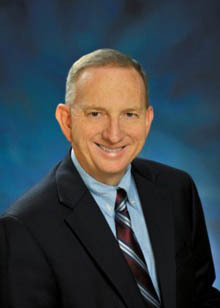 Mike Cauley and his wife Dottie served in pastoral ministry for 15 years in the Southern Union. They worked in team ministry and while in Cleveland, Tennessee were involved in small group and prayer ministries. In January 1993, Mike accepted a call to serve as executive secretary and ministerial director of the Pennsylvania Conference. Two years later, Mike was elected conference president in Pennsylvania. While in Pennsylvania Mike began a Doctorate in Executive Leadership which he completed in 2006. He led the conference to adopt a change process whereby they began to treat their large territory as a mission field. Church planting, treating evangelism as an ongoing process, and revitalizing small churches were among the areas of focus.

In 2003, Mike was elected Florida Conference president. Over the past five years, Mike introduced a process for training coaches and developing leaders. He has a passion to see men and women grow to reach their God-given potential.

Mike and Dottie Cauley have two children--Michael, who with his wife, Ashley, is planting a church in Keller, Texas and Kelly who is working on a Doctorate in Clinical Psychology at Loma Linda University.

Dr. Cauley is an adjunct professor in the Seventh-day Adventist University Theological Seminary at Andrews University. Together with his son, Dr. Michael R. Cauley, he is co-coordinator for the "Missional Church: A Biblical Response to Mission in Western Culture" concentration.