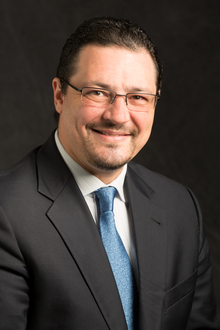 Born in Brazil, Kleber D. Gonçalves has served the Seventh-day Adventist Church in the areas of publishing work, church planting, teaching, and pastoral ministry. He graduated from the Adventist Latin American Theological Seminary (São Paulo, Brazil) in 1991 with a BA in Theology. After his ordination to the pastoral ministry in 1996, he and his family moved to the United States where he attended Andrews University in Berrien Springs, Michigan, and concluded his MDiv (equivalency) from the Seventh-day Adventist Theological Seminary in 1998, and received a MSA in Church Administration from the School of Business in 2000. Five years later, he earned a PhD in Missiology also from the Seventh-day Adventist Theological Seminary at Andrews University. Kleber’s doctoral work focused on Urban Mission and Postmodernism. His interest took him back to Brazil after he accepted a call from Sao Paulo Conference to start the New Seed Seventh-day Adventist Church, a church-planting project focusing on secular/postmodern people, where he served as the senior pastor. Kleber has taught mission courses as a visiting professor to the Adventist Latin American Theological Seminary in São Paulo, Brazil; Montemorelos University, Mexico; and Andrews University, Michigan. He serves as the director of the Center for Secular and Postmodern Studies (CSPS) at the General Conference. Areas of particular interest to him are urban missiology, postmodernism, church planting, leadership, and discipleship.