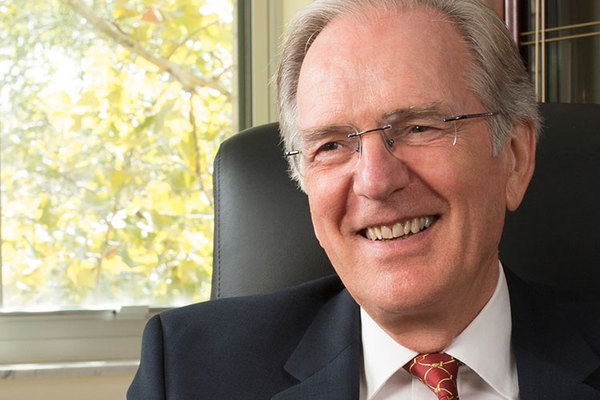 Niels-Erik Andreasen, president of Andrews University, announced his retirement, effective June 2016, during his annual State of the University address on Thursday, August 13, 2015.

Andreasen, who will leave office when his contract ends June 30, 2016, has led the flagship educational institution of the Seventh-day Adventist Church since 1994, the longest-serving president in the history of Andrews University. The university, which was established in 1874 as Battle Creek College in Battle Creek, Michigan, moved to Berrien Springs, Michigan in 1901 as Emmanuel Missionary College, and became Andrews University in 1960.

Following Andreasen’s presentation, Benjamin Schoun, chair of the Andrews University Board of Trustees, described the search process to replace Andreasen, which will begin immediately.

That process, overseen by the Andrews University Board of Trustees, will be guided by University bylaws, working and board policies, and directed by a search committee made up of board members, university faculty, staff, alumni and students. Schoun will serve as the search committee chair.

The search committee will meet for the first time in September, and will seek to identify and interview candidates by early 2016, with two final candidates recommended to the Board of Trustees by its March 2016 meeting. During that board meeting, the new president of Andrews University will be selected. The same afternoon, a quinquennial constituency membership meeting of Andrews University will elect a new Board of Trustees for its next five-year term and that new board will meet for the first time in June.

At the June 2016 board meeting, the new president will be re-elected and the new board chair, Artur Stele, a general vice president of the Seventh-day Adventist world church, will assume chairmanship of the Andrews University Board of Trustees.

During Andreasen’s tenure, Andrews University grew to a global institution of more than 7,000 students studying around the world, with more than 3,400 studying on its Berrien Springs campus.

Major construction projects during those two decades included the Howard Performing Arts Center, a significant expansion of the Seventh-day Adventist Theological Seminary, a major new Undergraduate Learning Center and significant infrastructure improvements to the Dining Center, Dairy and a new University entrance. Fundraising is nearly complete for a major Health & Wellness Center, which is scheduled for completion within the next three years.

The restructuring of academic entities, including the School of Health Professions and School of Architecture, Art & Design during Andreasen’s presidency, reflects his ongoing interest in adding professional training opportunities to the core liberal arts education offered by Andrews University. The addition of the School of Distance Education four years ago has helped continue to transform Andrews University as it seeks to be an increasingly responsive and global presence that delivers quality Christian higher education to campuses and students—wherever they are in the world.

Andreasen’s tireless involvement in bolstering international education systems and institutions reflects his individual contributions to helping expand and strengthen higher education beyond Andrews University. He has helped establish Andrews University as a significant global force for higher education—now ranked as one of the top 200 national universities in the U.S. News & World Report’s Best College listings and consistently ranked in the top ten for both international and ethnic diversity.

Born in Fredensborg, Denmark, Andreasen lived in Denmark for his first 19 years. Andreasen graduated in 1963 with a bachelor’s degree in religion and history from Newbold College. He holds two degrees from Andrews University: a Master of Arts in biblical studies, which he received in 1965; and a Bachelor of Divinity in 1966. In 1971, he received a doctorate degree in Hebrew Bible from Vanderbilt University in Nashville, Tennessee. His dissertation was titled “The Old Testament Sabbath.”

In 1970, Andreasen began what is nearing half a century of teaching and leadership posts for Seventh-day Adventist colleges and universities. In 1990, Andreasen was named president of Walla Walla College, College Place, Washington. He served in that capacity until July 1994, when he became the fifth president of Andrews University. He also serves as professor of Old Testament studies at the Seventh-day Adventist Theological Seminary.

As an author, professor, Old Testament scholar, and leader, Andreasen has brought a wealth of experience and wisdom to many venues during his distinguished career. He has served on a number of hospital and institutional boards, as well as many committees at the highest level of the Seventh-day Adventist world church. He has also helped many affiliated institutions to acquire accreditation during his tenure as president of Andrews University.

Andreasen is married to Demetra Lougani of Athens, Greece, a retired medical social worker, who served as community relations coordinator at Andrews for many years and is known for her gracious, inclusive hospitality and support of scholarships for women students. Their family includes one son, Michael, who is vice president for advancement at the University of Oregon, his wife Marie, and two grandchildren, Caleb and Jordan.

To view the entire State of the University Address go to the Andrews University YouTube channel. 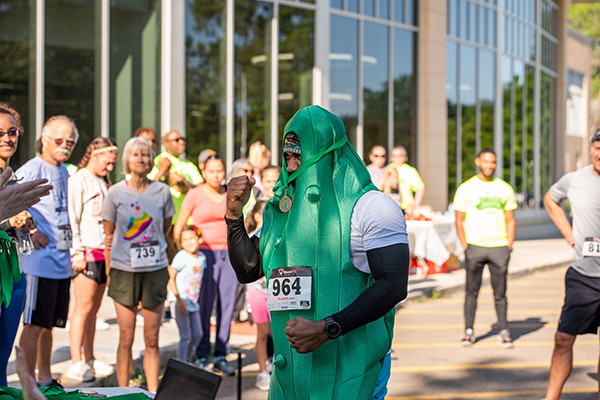