Tari Popp began her tenure at Andrews University as a student assistant. Following in the footsteps of her father, she obtained a degree in acccounting and soon after began working as trust accountant in the Office of Planned Giving & Trust Services. Tari became the trust administration officer in 2000, but just four years later she accepted the position of director.

Shortly after, Tari established the Daniel Augsburger Society to honor those individuals who have remembered Andrews University either through their estate plan or another entity.

Colleagues and trustors alike have commented on Tari’s ability to effectively communicate. She’s a sincere, engaged and extraordinary good listener; has a positive attitude and is optimistic amidst challenges; cheerful, caring and empathetic; a strategic thinker; thorough in all details; disciplined and committed to giving her best. As a colleague she’ll keep all confidences; as a friend she’ll hold secrets close. At the core of Tari is her abounding faith in Jesus Christ which shines from her countenance each and every day!

Due to her expertise, Tari was asked in 2015 to replace Brent Geraty as the corporate secretary for the University.

Teresa Fleming, attorney for Mitzel Law Group, succinctly expresses her relationship with Tari. “I have worked with Tari for over 20 years now. I cannot overstate what a joy it is to work with her. She is not only very competent, efficient and thorough, she is also compassionate, loving and easy to work with. Christ’s light shines brightly through her.”

Along with her many friends and co-workers—both past and present—we say THANK YOU to Tari for her 40 years of loyal and dedicated service to Andrews University. 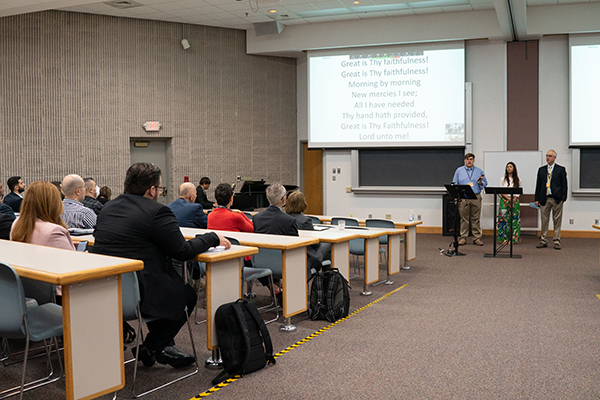