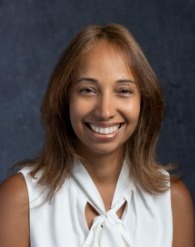 Emely Poloche is an Assistant Professor of Spanish. She holds an AS in Speech-Language Pathology and Audiology from I.V.A.L Instituto Venezolano de la Audición y el Lenguaje in Caracas, Venezuela. Also, a BA in Spanish Studies from Andrews University, and a Master of Arts with an emphasis in Linguistics and Literature in the Spanish Language from Western Michigan University in Kalamazoo, Michigan. She has taught Spanish for several years at all academic levels. She is married to David Poloche and has two teenage kids, Natalia, and Nicolas, both attending Andrews Academy. She enjoys traveling, jogging, gardening, and spending time with family and friends. She teaches Elementary Spanish I and II, Intermediate Spanish, Spanish Conversation and Composition, Spanish for Medical Professions, and Spanish for Speech Pathologists and Audiologists.