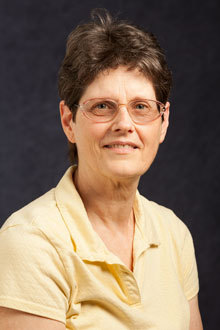 Born in Delaware, Marian Prince, who has taught 091-092, Reasoning with Functions, and Statistics (including AP Statistics for Berrien RESA), earned her BS at the University of Michigan in Mathematics and Physics.  For 25 years she taught middle and high school math, science, and technology subjects in several districts across Michigan, mostly in the Benton Harbor area.  After retiring in 2010, she completed her PhD in Curriculum and Instruction at Andrews and formed a nonprofit organization, Charitable Calculators, which receives donated graphing calculators and distributes them to qualifying schools around the world.  She has five children and four grandchildren and loves to sing and play flute in the worship team at her church.

Dr. Marian Prince was the founder and director of Charitable Calculators, a nonprofit organization that distributes donated TI calculators to schools that would otherwise not be able to have them and often trains teachers on how to use the calculators to make math more understandable for the students and easier for the teachers to teach.

In 2011 the organization shipped TI-92's to Namibia and TI-83+'s to Guatemala and Vermont; a class set of TI-73 and TI-10 calculators to Epping Forest Primary School in St. Elizabeth, Jamaica;  a TI-84+ calculator and viewscreen panel to each professor at the University of Korce (Universiteti Fan S.Noli) mathematics department in Albania;  and a calculator and viewscreen panel for each teacher in the math department at Gostivar High School (Shkolla e Mesme Komunale e Gjimnazit) in Gostivar, Macedonia.

Over Spring Break in March 2012 Dr. Prince delivered four class sets of TI-92 graphing calculators to the College Adventiste de Diquini in Port-au-Prince, Haiti, and conducted a three-day training on using the calculators and the four overhead projectors that Green Earth Electronics of St. Joseph, Michigan, donated to be use with the class sets. In May 2012 Dr. Prince will send a class set of TI-10 calculators to Clarisbrook Primary School in the Isle of Wight and that same month take TI-83+'s to Porterville, California, and to St. Louis, Missouri, and provide training for the teachers. Over Christmas break in 2012 she took calculators to Nepal.

Dr. Prince closed her organization in 2015 but has returned with calculators to Nepal several times to teach educators there how to use the equipment that she donates.