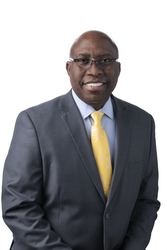 Proceeding that appointment, Arthur has served as dean of the Andrews University School of Graduate Studies & Research since 2010. In addition to that role, he has also served as associate provost, with responsibilities for faculty policy and faculty development, since 2012.

Prior to coming to Andrews University, Arthur served as an associate professor of Educational Administration and associate dean of the College of Education, at Tennessee State University in Nashville, Tennessee. Arthur has been an educator for more than 30 years. He worked as both an elementary and secondary teacher. He holds a bachelor’s degree in theology from University of the Southern Caribbean (Trinidad & Tobago) and graduate degrees in Curriculum and Instruction and Educational Administration from Andrews University, and has completed postgraduate studies at Harvard University’s Institute for Management and Leadership in Education.