A Reflection on the Heartbreak of Violence & Death

Over the last week, our hearts were broken once again in the wake of the release of the police body-cam footage which captured the shooting death of 13-year-old Adam Toledo by Officer Eric Stillman on March 29 in the Little Village neighborhood in Chicago, Illinois, a city just across Lake Michigan from our University.

While there was some initial discrepancy as to the specifics of Toledo’s shooting death, which occurred during what police described as an “armed confrontation,” the grainy body-cam footage appears to show that within a one-second span of time between when Adam appeared to toss the gun he had been holding behind the fence and turned around with his empty hands up, he was shot by Officer Stillman. Stillman immediately called for an ambulance and began first aid on Adam, but Adam tragically died at the scene. Mayor Lori Lightfoot later declared that there is no evidence that Adam shot at the police. Officer Stillman has been placed on administrative leave at this time.

The family of Adam Toledo, who had dreamed of becoming a police officer someday, released the following statement in the wake of his death:

“[Adam was a] loved and supported 13-year-old boy from a close-knit family. He lived with his mother, his 90-year-old grandfather, and two of his siblings, and his father was in his life … Adam was not alone.”

Adam attended Gary Elementary School, a high-rated school in Chicago that serves more than 900 students from third through eighth grade. Nearly 98 percent of students are Hispanic, and 95 percent are from low-income families.

In addition to this news about Adam Toledo, the ongoing incidence of mass shootings has also continued to be part of the news—especially with the shooting deaths of eight, and the injuring of four, late last week at a Federal Express facility in Indianapolis, a city a few hours south of our main campus here in Michigan. As reporting continues on this shooting at the FedEx facility, the Indianapolis Sikh community is mourning the four Sikhs that were killed in the attack. It also appears that the shooter, who killed himself at the FedEx facility after shooting others, had legally purchased the weapons he used in the attack after being earlier interviewed by the FBI and having a pump action shotgun seized at the time of those interviews (his mother had reported him with mental health concerns).

As many of you know, last week, after the shooting death of Daunte Wright, I shared another Divino post reflecting on Wright’s shooting death and extended an invitation to a virtual forum titled: “Here Again: Processing the Shooting Death of Daunte Wright” hosted by the Black Student Christian Forum, in collaboration with the Office of Diversity & Inclusion, the Andrews University Truth, Racial Healing & Transformation Campus Center, and the Center for Faith Engagement.

However, in the wake of this recent shooting death of Adam Toledo, we have expanded the focus of the original event, and it will now be called: “Here Again: Processing the Recent Shooting Deaths of Daunte Wright & Adam Toledo.” We have also invited the Andrews University Latino/a Association (AULA) to co-sponsor the event, Tuesday, April 20, at 11:30 a.m. on Zoom (co-curricular credit will be provided).

As we plan for that time together to reflect on both of these recent shooting deaths, I wanted to share with you some words from the leaders of our Andrews University Latino Association (AULA) and Makarios clubs as they have reflected on the shooting death of Adam Toledo:

“Our AULA & Makarios clubs stand with our Hispanic community as we are all much affected, and deeply saddened, by the recent death of Adam Toledo at the hands of law enforcement … our differences in color and ethnicity should not be something that puts us against each other, or be another reason for a life to be taken away. Rather, we believe our differences should instead encourage us to engage with and to learn about each other's cultures and common values. We want to encourage our Andrews family to continue to have open discussions, and we want to let our Hispanic students know that they have our support, and we are always willing to listen, especially in hard and challenging times like these. As a community, let us not forget how God told us in His word to always love our neighbor and to be a servant to others. Also, please know that our thoughts and prayers go out to the Toledo family and community as they mourn the loss of a brother, a son, a grandson, a classmate and a friend.”

As you know, the stories of Daunte and Adam are part of a tragic tapestry of violence and death that seemingly fills our news reports almost every day. Over the weekend, following the FedEx shootings, there was significant national coverage of at least three other mass shootings.

As a result, on a personal level, you may also want to talk with someone to help you understand and process your grief and even anger about all of these tragedies. Those include those two deaths, as well as the larger and ongoing reality of mass shootings in our country in recent weeks which have injured and killed family members, coworkers, and individuals in shopping centers and restaurants and public spaces. Those shootings have included some which targeted members of various cultural groups, such as last month’s Atlanta shootings which killed eight and specifically targeted members of the Asian community.

If you are experiencing that grief and anger about this recent news, I once again invite you to attend the forum I talked about above or connect directly and confidentially with our chaplains at the Center for Faith Engagement or our counselors in the Counseling & Testing Center. Both in the April 20 forum and in direct conversations with one another, we want to find productive ways to pursue conversations for your own heart and life and for our world which continues to be threatened by the consequences of violence and hatred.

Ultimately, we want to prayerfully and meaningfully change the world through the hope centered in the ultimate promises of God’s kingdom. 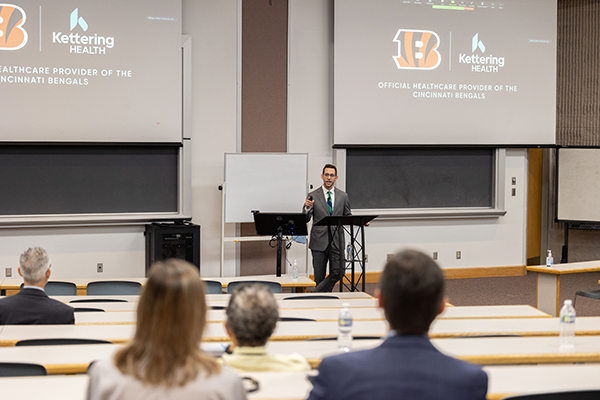