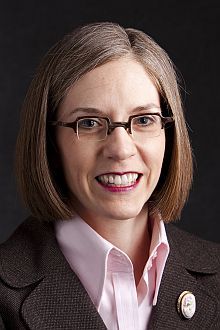 A former student of the Andrews University English Department, I began teaching here in 1999. I returned because the English Department had provided me with a stimulating and nurturing place in which to develop a mature intellectual and spiritual life. I also loved and admired the comradery characteristic of the faculty relationships with each other and with their students.

After completing my B.A. in English with a minor in music at Andrews (1991), I earned an M.A. from The College of William and Mary (1993), and finished a Ph.D. in Renaissance literature at Purdue University (2000).   My research explores how Shakespeare in performance depicts gender, class, and ethnic identities (Authorizing Shakespeare on Film and Television:  Gender, Class, and Ethnicity in Adaptation, 2011).  Recent projects interrogate the ethics of representation in The Taming of the Shrew at Chicago Shakespeare Theater (Shakespeare Survey), the BBC’s Hollow Crown (Borrowers and Lenders and Adaptation), and Ralph Fiennes’s Coriolanus (Shakespeare Bulletin).

As Director of Honors for over ten years, I’ve had the distinct pleasure of working with an engaged team of interdisciplinary students and research faculty from departments across the Andrews campus; the Honors Family enriches my life with a commitment to strengthening hearts and minds for ethical care of our world and its peoples.  Through the Honors Program’s emphasis on research, I have been able to foster the research inquiries of students in the areas of Shakespeare and performance and Early Modern literature; I have mentored over twenty Honors thesis projects—two of which have won top prize at the National Collegiate Honors Council annual student research poster session.