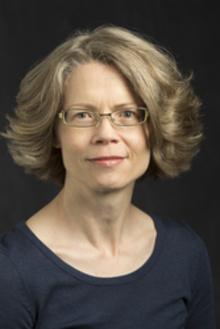 Karin Thompson grew up in the Northwest and taught both piano and cello in the preparatory divisions of the music department while an undergraduate at Walla Walla College. She attended summer programs at the Music Academy of the West in Santa Barbara, California, the Encore School for Strings in Hudson, Ohio, and the Baroque Performance Institute at Oberlin, Ohio. Her principal teachers include Christopher von Baeyer, Stephen Kates, Evelyn Elsing, and Kenneth Slowik. After finishing her master’s degree in cello performance at the Peabody Conservatory, she taught English for one year in St. Petersburg, Russia, with a language program sponsored by Walla Walla College. She was awarded a Graduate School Fellowship at the University of Maryland, College Park, where she completed her Ph.D. in musicology. Her dissertation on the transmission of the liturgical chant tradition of the Russian Orthodox Old Believers in Woodburn, Oregon, reflects her interdisciplinary interests. She was on the faculty of Atlantic Union College, in South Lancaster, Massachusetts, where she taught courses in music history and other interdisciplinary humanities topics in the general education curriculum. She served as chair of the music department and as interim academic dean at Atlantic Union College, then as a faculty member and chair of the music department at Walla Walla University. As a cellist she is an active chamber musician, and she participates in workshops as a viola da gamba player. Her research interests include early music performance practice, worship traditions within immigrant communities, and interdisciplinary studies involving the visual arts.