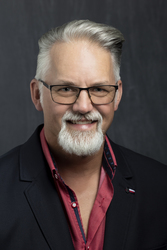 Timothy joined the MLS faculty in July of 2010. Born in Maryland in an Army hospital while his father served the military in the "White Coats," Timothy spent his childhood in Pennsylvania and later in Michigan. Timothy received his first Bachelor of Science in zoology from Andrews University in 1990. Then, after working in Redlands, California for a year as a phlebotomist, he decided he liked the hospital laboratory environment and came back to Andrews to complete his second degree, a Bachelor of Science in medical technology in 1992.

Timothy is married to Lorena Newkirk. They have three girls.