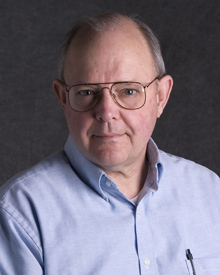 Richard Show is an Associate Professor of Medical  Laboratory Science on the campus of Andrews University, Berrien Springs, Michigan. He joined the faculty in 1988.

Before coming to Andrews, Show served as medical technologist in various locations, including Hinsdale Hospital, Hinsdale, IL and the United States Army Hospital, Fort Campbell, KY. He was an assistant Administrative Director for the Department of Pathology at Hinsdale Hospital, as well.

Show is a member of the American Association for Clinical Chemistry, the American Society of Clinical Pathologists, and the Clinical Laboratory Management Association. He was awarded Andrews Academy's Alumnus of the Year in 2002.

He has one daughter and two sons.