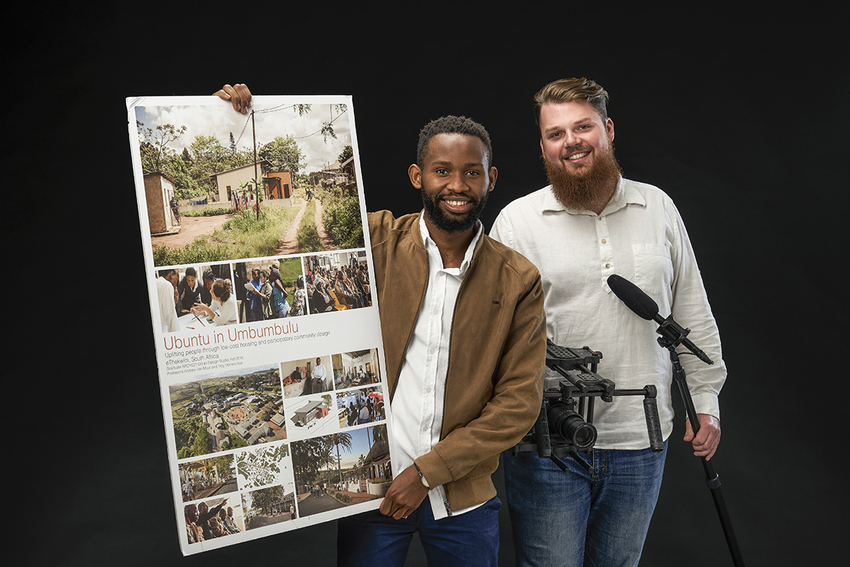 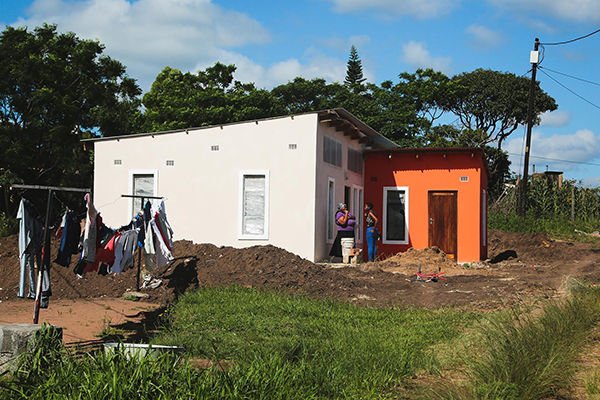 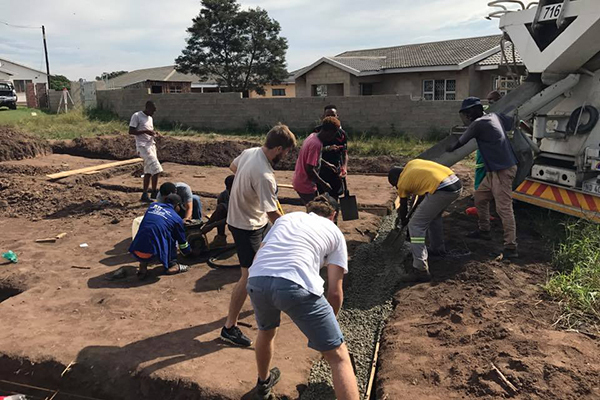 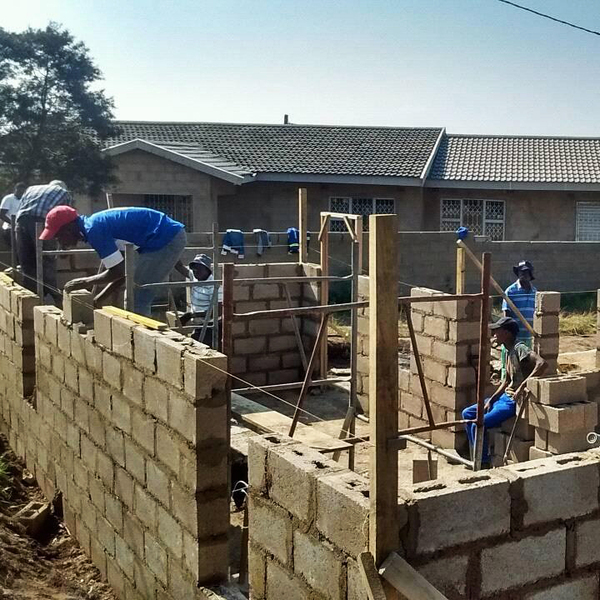 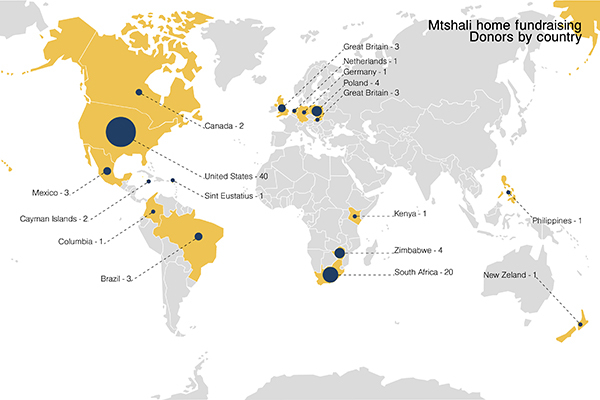 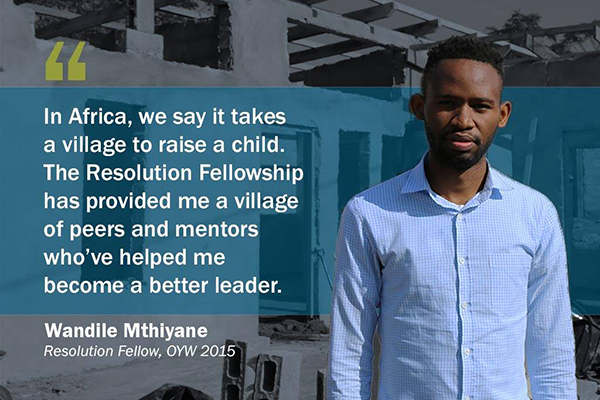 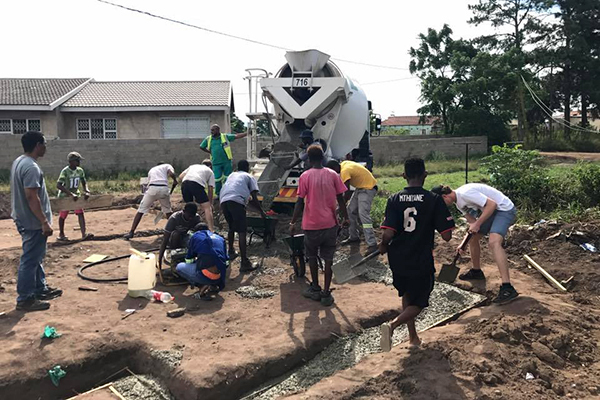 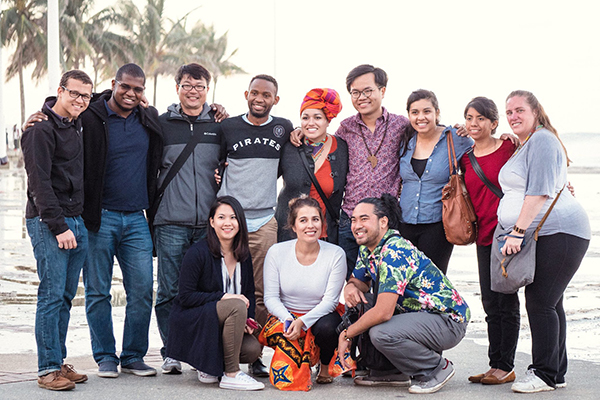 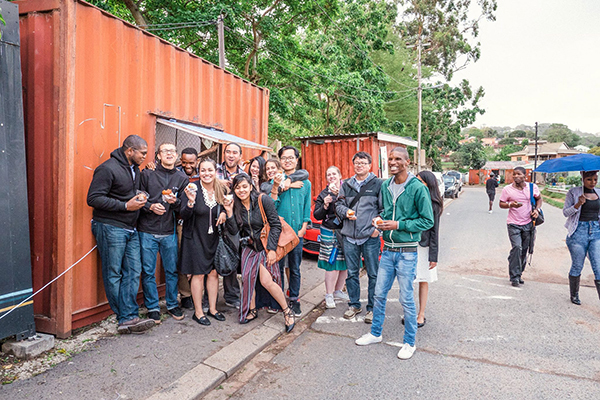 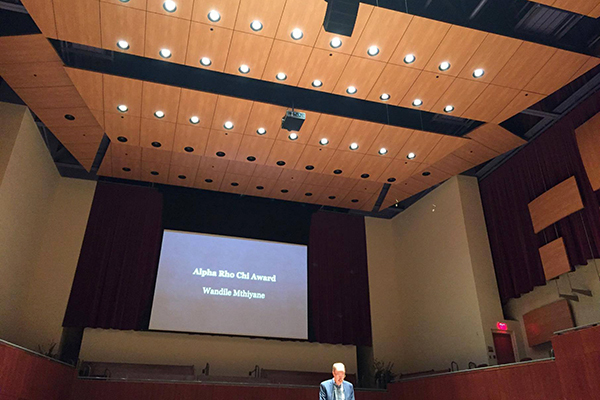 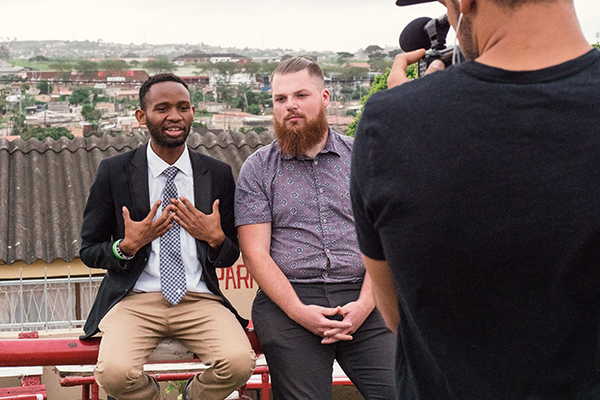 Mthiyane graduated from Andrews University in May 2018 with a Master of Architecture. He is the founder and CEO of Ubuntu Design group and a freelance architectural designer.

I work for Ubuntu Design Group, a company that works to empower inadequately sheltered families to overcome economic and social challenges and barriers through innovation and collaboration in designing for the future vision of their home and community. I started this group in 2015 with the hope of reaching families living in dilapidated shelters and low-income houses throughout the world. Funded by corporate and institutional partners, we work with these families to build a dignified home that has an attached commercial space that allows them to live and also sustain themselves. This commercial space allows the family to raise funds to pay for their home which we in turn use to build a home for another family in need. In this way, it is a self-sustaining model. We are currently working with families in South Africa, but we hope to eventually work around the world as there is no shortage of those who need our help.

I grew up moving from one dilapidated neighborhood to another. In the midst of this, I was always inspired by the creativity of the people living in each of those communities. They could make a home out of any material. Ultimately, this inspired me to study architecture so that I could work with people like them to design and build communities that reflect their beautiful, creative culture and give them new opportunities. I was further inspired to keep working towards this cause in a Design Theory class where I learned about a man named Samuel Mockbee who was building homes for poor people in Alabama. My mentality is that if Nelson Mandela could spend 27 years in prison for me to be free, fighting to build people dignified homes is the least I can do. This movement of freedom has been passed on to my generation and we need to keep asking ourselves “How can we continue to build a better South Africa and world?” If I could describe my work in one sentence I would say that is like carving through a boulder with faith that behind the rock is a fresh spring of water that will improve the quality of life for these communities.

I have learned that trouble is inevitable, sacrifice is my second name and loneliness is my last name. People will doubt me and disappoint me and my mission, but it is all worth it when I see the smile from a family when we hand them keys to their first home. It is easy to find people who say they want to do meaningful work, but it’s hard to find people who are genuinely hungry to do it. I now know that problems and troubles are an inevitable part of life that I can’t run away from, and I am striving to view troubles as opportunities to grow. Mother Teresa has a quote that aptly describes my worldview. “I know God won’t give me anything I can’t handle. I just wish he didn’t trust me so much.” Ultimately, the most influential aspect of all this has been seeing how our work is bridging economic and racial gaps whilst changing people’s perspectives of each other.

The most influential aspect of this work is seeing how it bridges economic and racial gaps whilst changing people’s perspectives of each other. So far, we have built one complete home for a family that is now running a successful daycare for 12 children. Because of their daycare, 12 mothers can now seek employment. We are currently working on building our second home, and the rest of our impact can be seen in the graphics below. In addition to building houses, we have also been able to raise awareness about our work by being featured in Forbes and presented at SXSW, One Young World and the UN.

Allcock graduated from Andrews University in May of 2018 with a BFA in Documentary Film. He is the project development manager for the Ubuntu Design group

The biggest way I impact the world is through filmmaking and my work with Ubuntu Design Group. As a film producer, I am able to find amazing stories from individuals and organizations and share them with everyone. I work as a project development manager for Ubuntu Design group which basically means I put together teams from around the world to build houses and develop communities for some of the most vulnerable people in low-income communities across the globe. Ultimately, my biggest desire in life is to let people know that they are seen and heard and that their existence matters.

I came to Andrews University to study documentary film as a result of God’s leading in my life. Previously I was doing event security in London, England, and was on track to working for some top-level clients in close protection. If it wasn’t for His leading, I would never have met the amazing individuals that have led me into the work I do today. I have also had the privilege to travel extensively, live in multiple countries and be immersed in different cultures. This has grown and shaped my love for all people and the stories they have to tell.

It is impossible to look someone in the eye, meet their family and walk the streets of their community and not be changed. I have learned that some of the greatest rewards in life are not found in fame, accolades or high paying jobs, but instead they are found in the smile of a child who just got their own room in a structurally safe house or the eyes of a man or woman who feel seen and heard for the first time in their lives. The biggest reward in life, no matter your career or field of study, comes when you change your focus from self to community.

I have seen other people change as a result of the partnerships we have formed and my curious ideas I have followed through with. One film, “The Hugs Project,” which won an award for best short documentary at SONScreen film festival in Los Angeles, California, followed three individuals who agreed to go through a 21-day challenge that made them think about the way they viewed physical touch. This fundamentally changed their habits and their perspective on how they interacted with their environment. With Ubuntu Design Group I saw a group of graduate architecture students travel to South Africa full of assumptions and bias and watched it all get stripped away as they interacted with locals who are traditionally overlooked in their society and the world of architecture. I watched the joy, laughter and tears of a disabled family who realized that 12 people had flown across the world just to design a house for them. I have learned to never underestimate the impact you can have on others when you give a voice to those who feel forgotten. It changes everyone and everything.