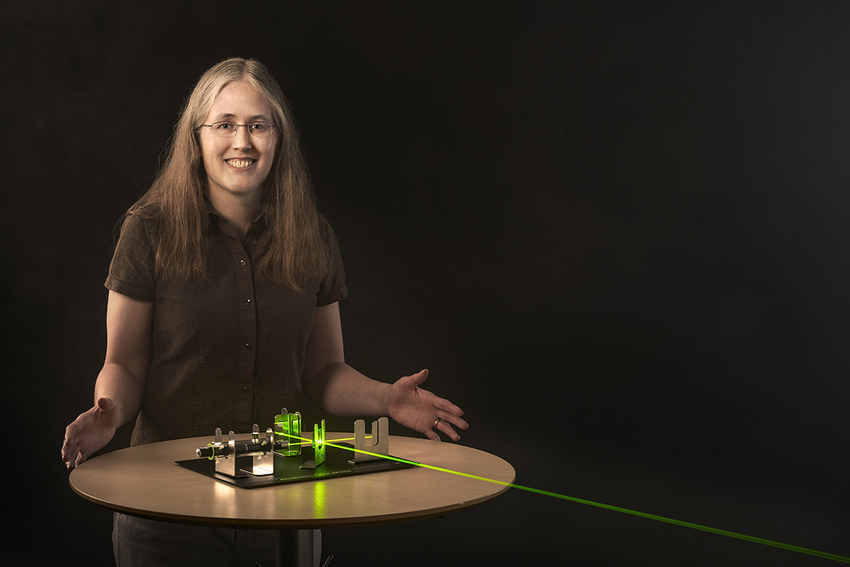 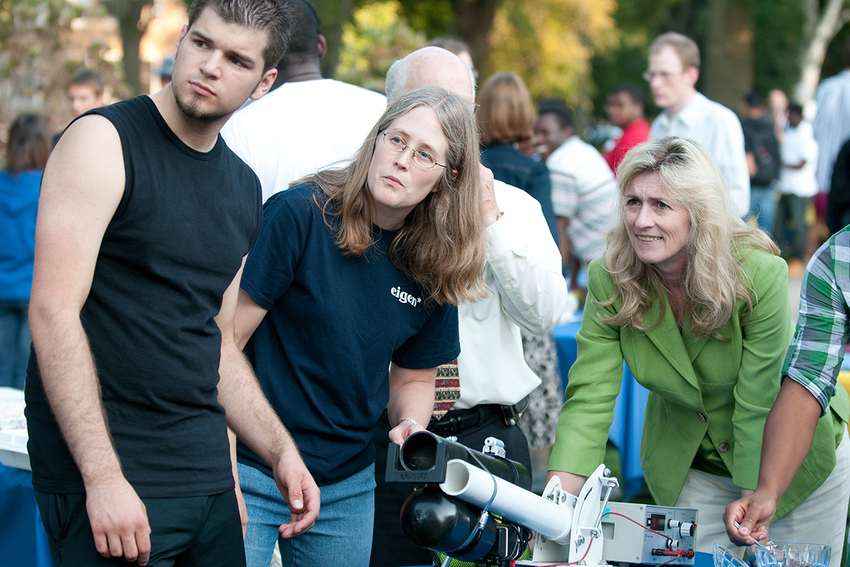 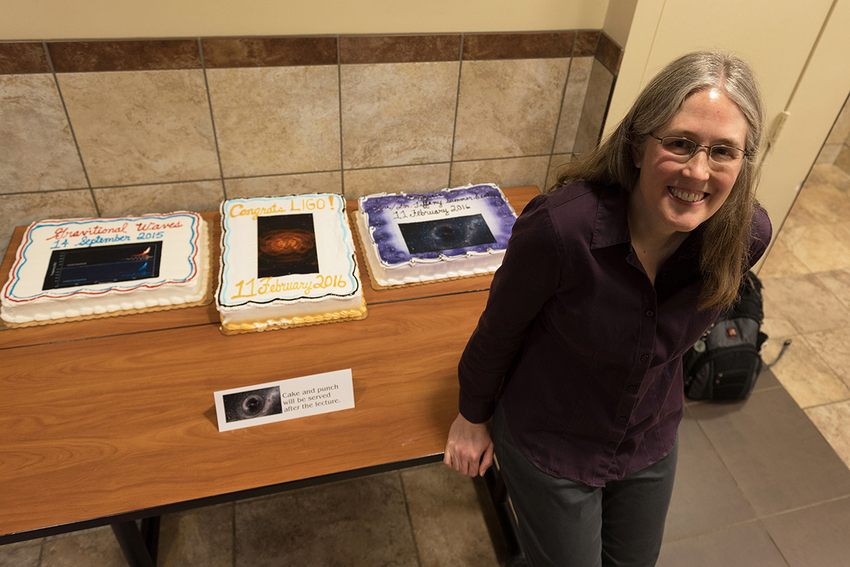 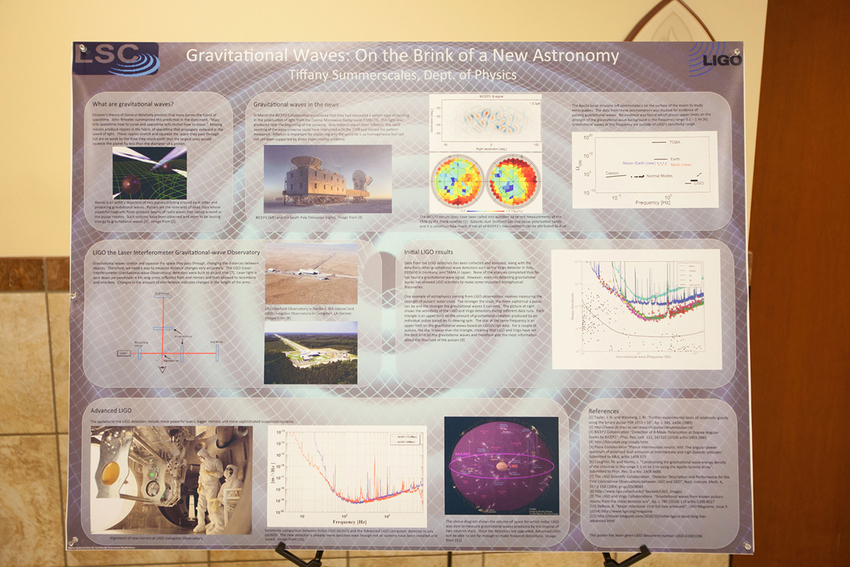 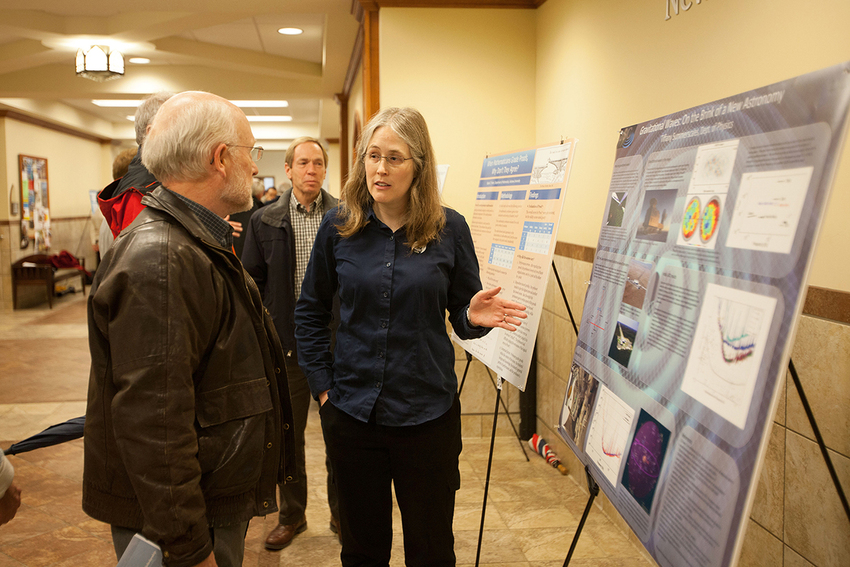 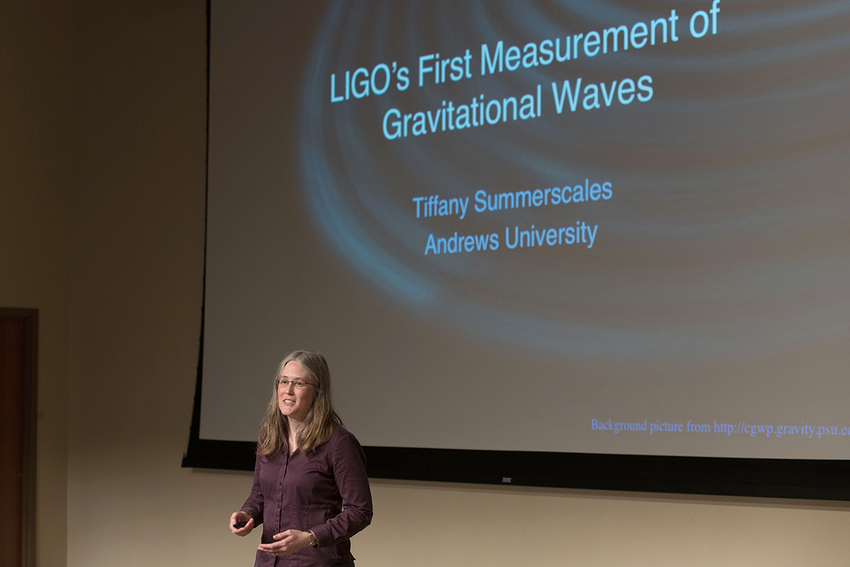 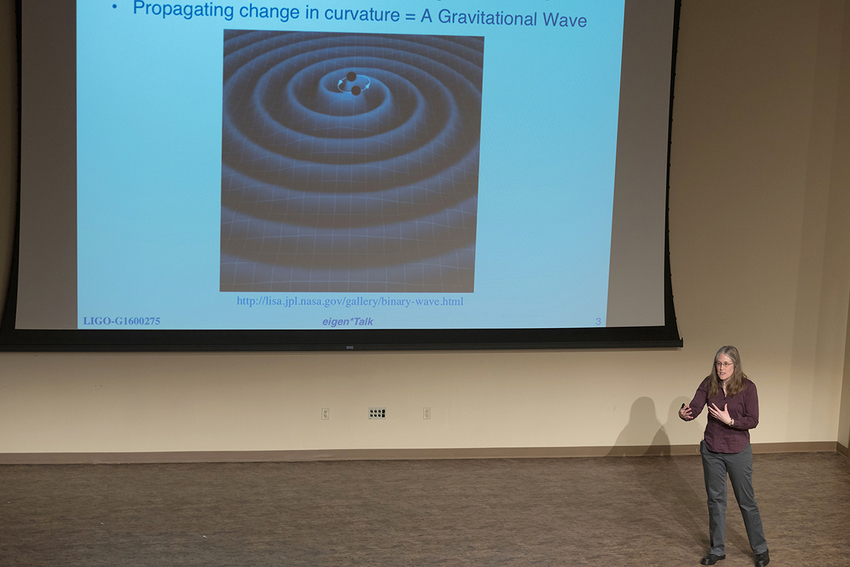 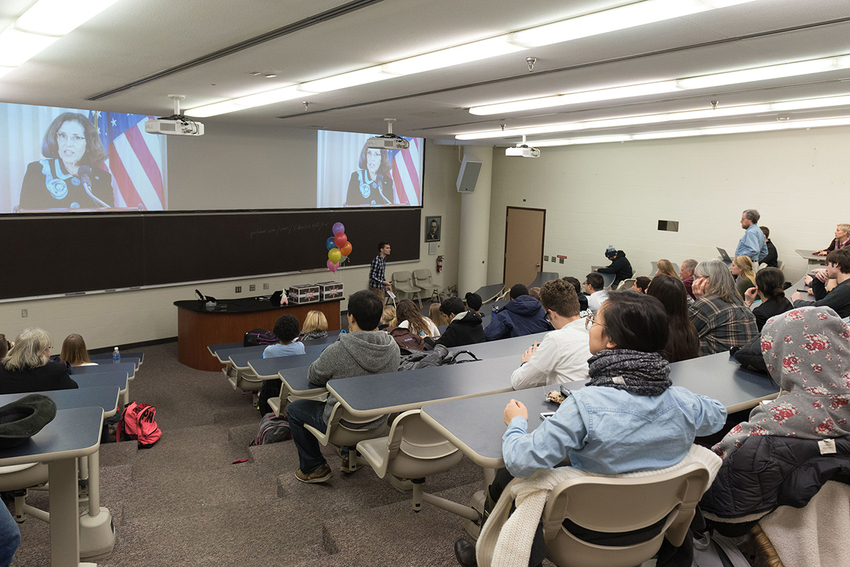 Summerscales is currently a professor of physics at Andrews University, where she has worked for the past 12 years. She graduated from Andrews with a BS in mathematics and physics in 1999.

If I were to summarize it all in one sentence I would say I am a physics professor at Andrews University who does research in gravitational wave astronomy.

The most important thing I do is to teach students at Andrews and help them get ready to change the world. I teach physics to future scientists, engineers, doctors, teachers, architects, physical therapists and more. Physics can help students not only understand the physical world but also build problem-solving skills and learn to analyze data.

Part of teaching physics students involves mentoring them in research projects. My research students and I are part of the LIGO Scientific Collaboration. LIGO stands for the Laser Interferometer Gravitational-wave Observatory and consists of two detectors built to measure the faint ripples in the fabric of spacetime predicted by Albert Einstein. These ripples are caused by some of the most dramatic events in the universe like the collisions of black holes. The LIGO and Virgo (a third, European detector) have successfully measured gravitational waves from several black hole collisions as well as the collision of two neutron stars. (Neutron stars are the remnants left behind when very large stars die and are composed almost entirely of neutrons.) By measuring the gravitational waves, we can do a new type of astronomy and learn new information about the objects that produce them.

When I was a student at Andrews University, my professors were the people I admired most. I decided that I wanted to go to graduate school in physics and become a professor too someday. My favorite physics class was Relativity, but I also had the opportunity to do research in particle physics with Margarita Mattingly and learned that I enjoyed working in a large collaboration of scientists. When I looked at the possibilities for physics research in graduate school I discovered the LIGO project, which was a big science experiment in the field of relativity. I joined the LIGO collaboration shortly after entering graduate school at Penn State and have continued to be a member since then. The collaboration is large, with over 1,000 scientists, students and others. My students at Andrews and I primarily work on some of the computer algorithms that are used to find gravitational wave signals in the noisy detector data and figure out those signals’ properties.

I feel like gravitational waves have given us a new way to explore the universe. We have been able to learn a lot with even just a handful of observations. We have learned that Einstein’s theory of General Relativity describes black holes very well, that there are more black holes than was previously thought and they are bigger than previously thought, that neutron star collisions can unleash flashes of gamma radiation and that neutron star collisions can produce heavy elements like gold.

Besides the benefits to our understanding of the universe, students at Andrews have benefited from participating in LIGO research. Some students have gone on to study gravitational waves or instrumentation related to LIGO in graduate school. Others have taken the skills they have learned, like how to conduct research or computing skills, and have applied those to jobs or research after school at Andrews.