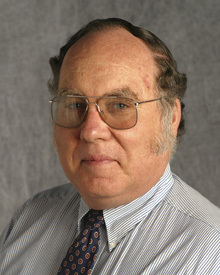 G William Mutch was a professor of chemistry and chair of the department. He joined the faculty in 1973, and also served as the coordinator for the Berrien County Forensic Laboratory. For many years, Mutch was the faculty advisor to the Andrews University Student Association.

Born in Ann Arbor, Michigan, Mutch graduated with a bachelor's in chemistry and physics from Andrews University in 1966. He attended Illinois Institute of Technology, Chicago, then transferred to the University of California, Davis, for graduate work. He later received a doctor of philosophy in chemistry from the University of California. His doctoral dissertation is entitled "Studies of Unimolecular Decomposition and Collisional Energy Transfer for Chemically Activated 14CH3CF3."

Mutch has received the Zapara Award for Excellence in Teaching in Science and was honored as Teacher of the Year twice by the Andrews University Student Association.

He is married to Patricia Black Mutch.