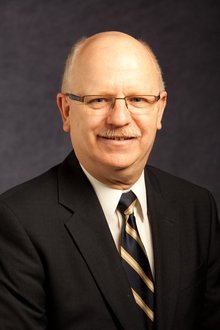 David Nowack is professor of biochemistry at Andrews University, Berrien Springs, Mich. He joined the faculty in 1998.

Born in Rolla, Missouri, Nowack received his bachelor of arts in chemistry education from Union College, Lincoln, Neb., in 1976. Also in 1976, he began his teaching career by joining the faculty of Lynwood Academy in  California, where he taught chemistry and math for three years. In 1979, he joined the faculty of Andrews Academy in Berrien Springs, Michigan, teaching chemistry and math. Leaving Andrews Academy in 1984, Nowack began doctoral studies in biochemistry at Purdue University in the lab of Dr. D. James Morre. In 1987, he completed his master of science in medicinal chemistry and pharmacology. In 1988, he completed his doctor of philosophy in nutritional biochemistry from Purdue University. His dissertation is entitled: "Modulation of Transition Vesicle Formation and Function by Vitamin A." Prior to coming to Andrews, Nowack served as professor of chemistry at Union College. Prior to coming to Andrews University, Nowack served as professor of chemistry at Union College.

In 1996, Dr. Nowack won the Zapara Award for Outstanding College Teaching while at Union College. The students of Andrews recognized his teaching and advising excellence during the 2001-2002 school year when he was awarded advisor of the year. Nowack has received numerous grants for research from the Nebraska Coordinating Commission for Postsecondary Education, Bender & Hobein in Munich, Germany, and from the office of Scholarly Research at Andrews. He has also published many articles, and is a member of the American Chemical Society and Sigma Xi Research Society. Since 2010, Dr. Nowack has assisted with the Andrews University graduation services by serving as grand marshal for the events.

He is married to Judy Curry Nowack. They have a daughter, Allison, and a son, Daniel. A grandson, Eli, joined their lives thanks to Allsion and Brian Ibanez.