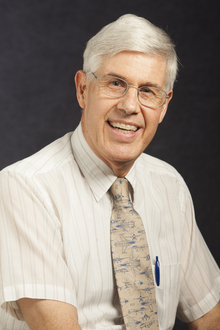 Brian E. Strayer is a Professor of History at Andrews University, Berrien Springs, MI. He joined the faculty in 1983.

Strayer received his doctor of philosophy degree in Early Modern European history from the University of Iowa, Iowa City, in 1987. His dissertation was titled "Lettres de cachet and Social Control in the Ancien Regime, 1659-1789."

Strayer taught at Jackson Junior Academy, Jackson, Mich., from 1975 to 1978. He received an assistantship from the University of Iowa from 1978 to 1980. He then went on to Southern Adventist University, where he was an instructor in history and an assistant professor of history.

Strayer has been published in Adventist Heritage, Spectrum, Adventist Review, Canadian Journal of History, and Michigan History. He has also published four books entitled Lettres de cachet and Social Control and the Ancien Regime, 1659-1789 (1992) Where the Pine Trees Softly Whisper: The History of Union Springs Academy (1993), Huguenots and Camisards in France, 1589-1789 (2001), and Bellicose Dove: Claude Brousson and Protestant Resistance to Louis XIV, 1647-1698 (2003). He is completing a book to be published in May 2008 entitled "Suffering Saints: Jansenists and Convulsionnaires in France, 1640-1790."

Strayer recently researched for, wrote and acted in a 30-minute drama on the founding of the Jackson, Mich. Seventh-day Adventist Church. Prior to that, he performed the same duties for a play entitled "The Ablest in All our Ranks" on the life of J. N. Andrews, for Andrews University.