Currently African American students make up 27% of the student population at Andrews University. There is a rich tradition of support and programming for African American students. One of the most active clubs on campus is the Black Student Christian Forum (BSCF) and each Friday night Burman Hall Auditorium is packed for Impact, the popular after vespers program featuring powerful speaking and music in a high-spirited and animated atmosphere. 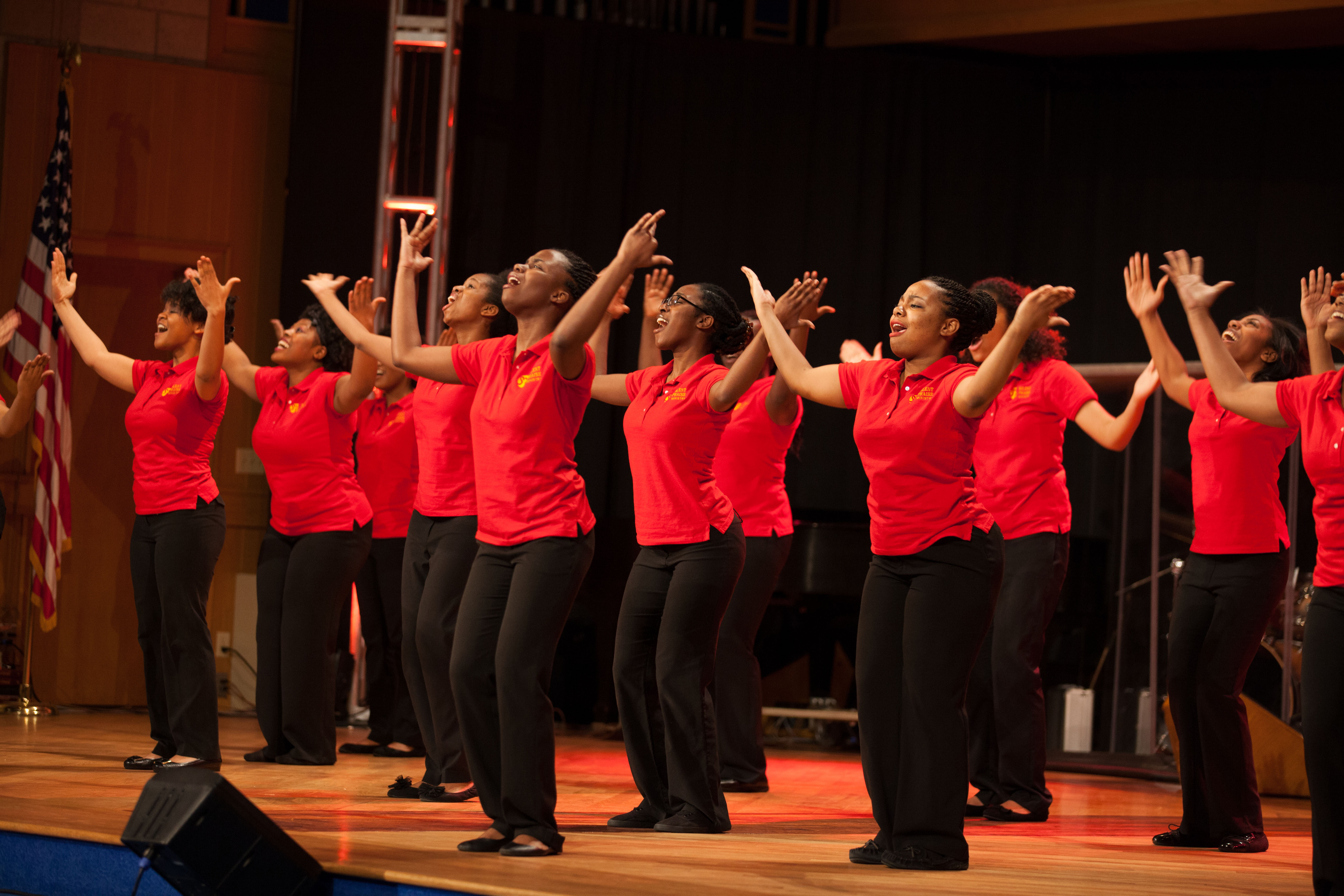 Andrews University students can also enjoy a traditional African American worship service each Sabbath in the Seminary Chapel. New Life Fellowship began in 1991 to serve the worship needs of a diverse student body and is a student led worship service that features an energetic gospel choir and praise band, a warm church family hospitality, and power-packed preaching from the Word.  New Life Celebrates 20 Years

African Americans at Andrews University are drawn from a diverse range of cultures and countries in Africa, the Caribbean and from Central and South America. They share a history of enslavement, acculturation, and racial oppression which creates the initial bond of African heritage. This culture is unique, rich, and distinctive. It is an experience that is rooted in the injustices of slavery and the continuing legacy of that institution in its many form of discrimination and oppression. The African American has distinct cultural patterns- patterns of speech, music and dance, patterns of self-expression and relations- which were produced by this history, but are now surviving and flourishing with its own creative energy and integrity.

The projected black population of the United States (including those of more than one race) for July 1, 2060 is 77.4 million. On that date, according to the projection, blacks would constitute 18.4 percent of the nation’s total population.  As of July 1, 2011, New York leads all states with the largest population of blacks with around 3.7 million. Texas had the largest numeric increase since April 1, 2010 (84,000). The District of Columbia had the highest percentage of blacks (52.2 percent), followed by Mississippi (38.0 percent).

Civil Rights Act 1964 - This act of legislation prohibited discrimination on the basis of race, color, religion, sex or national origin.
Voting Rights Act 1965 - This piece of legislation, which followed the year after, prohibited the denial of the right to vote based on literacy tests.
Black Legal Issues -  BLI reports on the legal and racial injustices occurring daily in black communities.

Resources
• NAACP – National Association for the Advancement of Colored People - Founded in 1909, the NAACP is the nation’s oldest and largest civil right organization.

• National Council of Negro Women - Founded in 1935, its mission is to lead, develop and advocate for women of African descent as they support their families and communities.

• African American Cultural Center - Established in 1958. It “has enabled spirits to soar and offered sanctuary, validation and celebration for the duality of being African and American.”

• 100 Black Men of American - Founded in 1976 with the mission to improve the quality of life within the black community and enhance educational and economic opportunities for all African Americans.

• Scholarship Guide for African Americans: These awards can help offset the cost of a college education, and leave students less dependent on loans. They also offer African Americans a unique opportunity to pursue financial aid without any strings attached, and without any racial biases favoring another demographic, intentionally or otherwise.

• Financial Aid for Minority Students: An open-use guide that provides an overview of some MBA minority scholarships, as well as other funding opportunities.